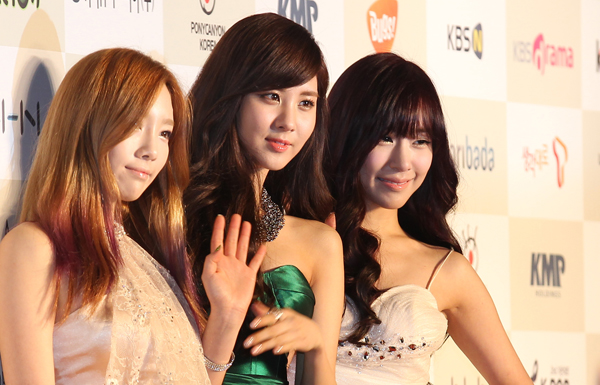 Taeyeon, Tiffany and Seohyun of Girls’ Generation will step down from MBC music program “Show! Music Core” about a year after the three started as MCs.

They will participate in their last show on April 13 to focus on overseas commitments. A new MC will take over to lead the weekly music program, although his or her identity has yet to be announced.

The production team is reshuffling the program as it plans to add a weekly chart of popular songs starting this month.

The three had good on-air chemistry and had experience working closely together as members of the subunit group TaeTiSeo.

And it is not only MBC that is going through a reshuffle. On Tuesday, KBS music show “Music Bank” also announced that two MCs for the weekly program will step down.

Uee, a member of girl group Afterschool, had her last show Friday, and actor Lee Jang-woo will wrap up his 15 months on the program and bid farewell to fans this coming Friday.