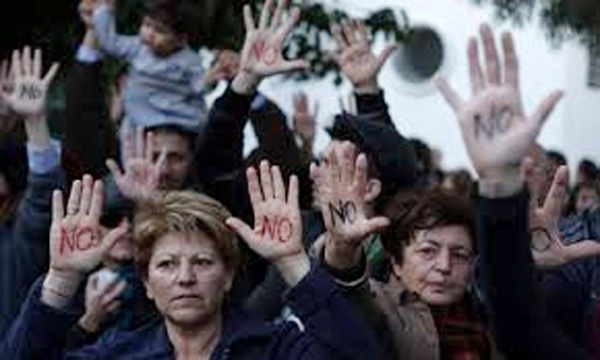 In February, I went to Cyprus, right before a series of bank closures and the sovereign financial crisis were revealed. It was a trip to cover real estate investments by Chinese in Cyprus.

Cyprus looked like a peaceful and beautiful paradise. Streets were lined with palm and lemon trees, and the cobalt Mediterranean Sea presented a picture-perfect view from the coastal drive.

Last year’s per capita national income in Cyprus was $28,000, about $5,000 more than in Korea. While agriculture and tourism were main industries, the living standard was quite good. The residents were friendly and laid back. It was understandable why Cyprus was a popular retirement destination for Europeans.

The secret to the affluence was foreign capital. Most luxury villas along the coast were owned by foreigners - mostly Russians and Brits. A real estate agent pointed at one villa, adding that Mr. Kim, a Korean lawyer, bought it a few years ago. As the latest crisis revealed, more than half of bank deposits are foreign capital. Russian businessmen keep money in Cyprus as a safe haven, and European retirees have brought their savings and pensions there. Using the euro and offering low tax rates, Cyprus provides ideal conditions for foreign capital. A French immigrant said he would have had to pay 40 percent of his pension income as tax in France, but in Cyprus, he pays 5 percent.

Frankly, I envied Cyprus for a moment, thinking Korea’s per capita income would be $30,000 to $40,000 if we could attract such foreign capital.

But it didn’t take long to realize the danger associated with that idea. A few weeks later, the economy of Cyprus began to collapse like a sand castle. The financial and real estate industries that grew too big with foreign capital were infected with the crisis from Greece, and Cyprus now need has to rely on a bailout.

The Roh Moo-hyun administration had an ambitious plan to make Korea the “financial hub” of Asia, and when former President Lee Myung-bak was president-elect, he established a special committee for foreign capital investment under his transition committee - with a British financial specialist as the chairman. Some economists think Korea was fortunate to have the dream of being a financial hub frustrated by the financial crisis that began in the United States. If the crisis had occurred two years later, Korea might have experienced its second IMF bailout.

We welcome foreign capital flowing into Korea. But that makes the economy more vulnerable to external crisis. Cyprus, Iceland, Ireland and Spain have shown how risky it is to build an overblown financial industry on a weak industrial foundation. After all, the money earned from hard work is still the most valuable and reliable.

* The writer is the London correspondent of the JoongAng Ilbo.