Nexus 4 here soon, but will it be too late?

Nexus 4 here soon, but will it be too late? 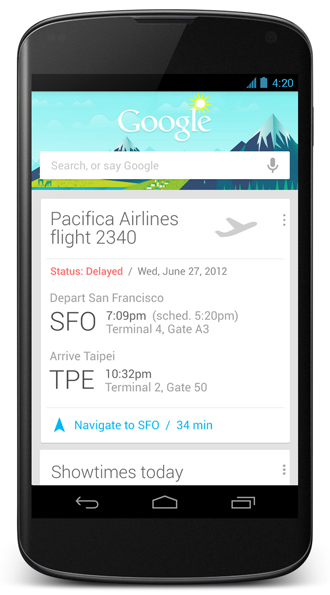 Google’s long-awaited Nexus 4 reference phone, which has been getting attention for its cheap price tag and excellent hardware, is expected to hit the Korean market as soon as next week.

The 4.7-inch Android phone, manufactured in partnership with LG Electronics, was initially released in the United States and European countries Nov. 13. Google provides its Android operating system to manufacturers instead of building its own smartphones.

According to industry sources familiar with the situation, the Nexus 4 is “about to be launched” at Google Korea’s online Google Play Store and the official preparation is nearly complete.

“What’s for sure is that Nexus 4 will come before Samsung Electronics’ Galaxy S4,” said one of the sources. Galaxy S4, the next-generation flagship smartphone that made its global debut March 14, is highly likely to be unleashed in Korea on April 25.

Nexus 4 is equipped with a quad-core Snapdragon S4 Pro processor, and 8 or 16 gigabytes of internal storage. It has 1.3 megapixel front-facing and 8 megapixel rear-facing cameras. Priced at $299 and $349, depending on storage, it has been a brisk seller.

But its prospects in Korea may not be so bright. Serious early adopters have already purchased the phone from overseas, and rumors of its succeeding model, Nexus 5, have lately begun to circulate.

Price also matters. The phone’s retail price in Korea is estimated to be about 500,000 won ($447) and 600,000 won, given the precedent of other mobile gadgets from Google. Furthermore, buyers won’t be eligible for subsidies from mobile carrier because it will be sold only through the Google site.

“It may be important for a private corporation to pursue profits, but consumers’ right not to be discriminated against also matters,” said the group in a statement. But it added Google Korea has only come up with the “theoretical answer” that the date of release, price and sales route have not been confirmed.

A 16 gigabyte model, produced by Taiwanese maker Asus, costs 299,000 won and a 32 gigabyte model 359,000 won. The payment is made in U.S. dollars, meaning those paying with credit cards may see the actual price change depending on the daily currency rate, according to Google Korea. The gadgets were initially released in the Korean market exclusively through Lotte Himart, an electronic appliance chain, last September.