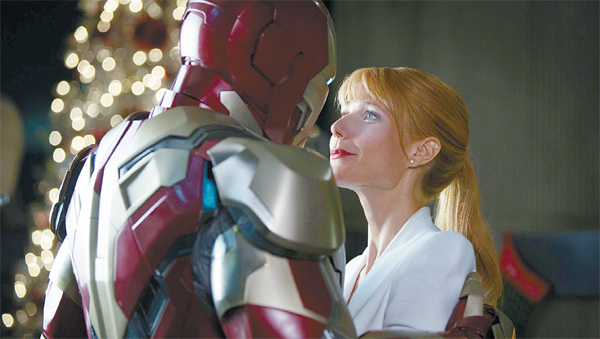 Brash, sarcastic and confident are the words that Robert Downey Jr. chose to sum up his superhero character Iron Man, but Downey admits, “I’m a little like that too.” Throw in some more words like “ladies’ man” and “fast cars,” and it’s difficult to decipher if it’s the superhero or the actor being discussed.

It’s no secret that Downey used to party hard. Despite his endless filmography, his top search keywords are still “rehab” and “drugs.”

And perhaps due to his formerly extravagant lifestyle, Downey is back doing what he now does best: portraying the executive-turned-hero.

It’s hard to describe why Iron Man has such a following. After all, he’s not your typical hero: he’s not as humble as Spider-man, not so refined as Bruce Wayne and not a do-gooder like Superman. Yet this sassy character has become a huge sensation, securing top spots at the box office worldwide for three weeks when it first hit theaters five years ago. The first movie made over $570 million; the sequel $630 million.

And to promote the third installment of the Marvel franchise, Downey flew to Seoul Wednesday night just in time for a press conference and world premiere the next day, which by coincidence fell on his 48th birthday.

At the press conference held at Conrad Hotel in Yeouido, western Seoul, Downey cracked jokes, all the while professing his love for Korea and gratitude for the movie franchise that was his saving grace after stints in rehab.

“It’s been five years since we were in Korea with ‘Iron Man 1.’ I was very impressed with your country and your people,” Downey said.

After heaping praise on Korea and its people with whom he feels a “kinship,” he explained why the movie, set to open on April 25, was worth checking out.

Without giving away too much of the plot, Downey explained that in the third installment, he grappled with portraying a character that was a little bit different from the first and second films.

As the film was made in tandem with “The Avengers” (2012), Downey said he thought his character Stark would be “a bit traumatized after seeing aliens.”

Downey poses with his character’s suit at a press conference yesterday. Provided by Young Fine

The new plot is like “a sort of road trip,” Downey said, which sees the superhero visiting less glamorous parts of the United States while fighting villains. And “as always, there is Pepper,” played by Gwyneth Paltrow.

“A lot of the movie he’s just fighting to get back to his girl,” he added.

On the topic of his co-stars, Downey said Paltrow was “like a sister” after five years of working together, while fresh foes The Mandarin (Ben Kingsley) and Aldrich Killian (Guy Pearce) were “very charming” and brought quality acting skills to the set.

Downey said he could see why moviegoers around the world were tantalized by the protagonist since he, too, was a fan of the superhero growing up

“I don’t really see any other superhero that I would have been suited to play,” he said. “It was fairly obvious that Iron Man is a technological superhero that is in the realm of possibility.”

But he still never imagined that the franchise would become “this big.

“You have to put yourself in my position,” he explained. “Five years ago I had no idea whether it was going to be embraced by the public or not. He even confessed to glancing at film posters and wondering, “How did this happen?”

And in spite of the success, there’s still one thing that Downey can’t get his hands on: his character’s set of superhero suits.

“These suits are very expensive, they don’t give them to anyone, certainly not me,” mused the birthday boy. “Every now and then, they give me pieces.”

Even so, the actor said he was serious about sticking with the franchise.

“I enjoy making these movies. I don’t intend on quitting anytime soon, as long as I’m not too old.”