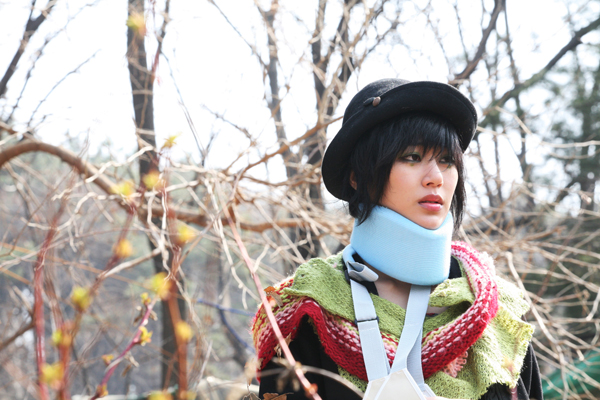 “In My End Is My Beginning” depicts the tangled relationship of two women and one man.

Jeong-ha’s (Uhm Jung-hwa) husband Jae-in (Hwang Jung-min) enjoys thrilling sex with his secret lover Kang Na-ru (Kim Hyo-jin), but Jeong-ha learns of the adulterous affair after the accidental death of Jae-in. His death is not the end of the story for the bereaved but the beginning of a new relationship with his mistress, who is also a friend from high school. Feeling guilty and sorrowful, Na-ru visits Jeong-ha’s house and begs Jeong-ha to let her to stay. She is turned down first but later gets her way, and the unconventional living arrangement gets its start.

The movie is one of five parts from the “Five Senses of Eros” series, which first hit screens in 2009.

This edition examines the end of the relationship that was previously discussed only briefly.

With a more detailed storyline, the film will provide an explanation for a rather mysterious encounter in the original.

Of course, the kiss and bed scenes involving the two actresses will also likely draw attention.

It’s an adrenaline-charged chase thriller in the center of a city. There’s no place to hide, no one to trust.

Cha Jong-woo (Shin Ha-gyun) is an ordinary single father of a teenage boy Ki-hyuk (Lee Min-ho). Although he is not on good terms with his son, he works day and night to support him. One night, while driving for a man, Jong-woo finds that his client has suddenly died. Once an infamous fugitive, he flees the scene of the accident out of habit. The very next day he is accused of murder.

As the prime suspect, he has no choice but to keep running. To make things worse, even his son suspects him and an acquaintance dies. At the end of his rope, Cha decides he must take action to defend himself.

The chased hero runs, rolls and dives everywhere from back streets to a shopping center and subway station. His comical wit and the father-son relationship add more dynamism to the heart-pounding thriller.

Well ahead of the release, the movie gained attention for being the first domestic movie to be fully funded by a major Hollywood studio, Fox International Productions.

Fuse: Memoirs of the Hunter Girl (15) 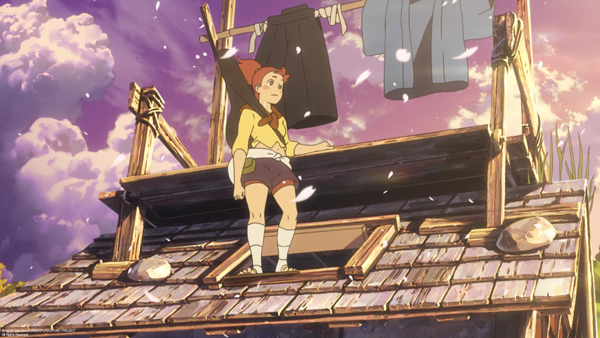 If you are a fan of Hayao Miyazaki’s “Princess Mononoke,” chances are you will also enjoy “Fuse: Memoirs of Hunter Girl” directed by Masayuki Miyaji, and if not, at least recognize many parallels that exist between the two works. That is not to say “Fuse” is without the usual edgy and sexual undertones present in Japanese anime, but it is done tastefully in “Fuse.”

The anime is based on a Naoki-award winning novel by Kazuku Sakuraba called “Fuse: Gansaku Satomi Hakkenden” and features an unusual bestial love tale between a half-beast man named Fuse (pronounced “Huseh”) and an androgynous hunter girl.

As a historical fantasy, it is based on a citywide fire that broke out in Tokyo. It has a morally ambiguous antagonist who draws sympathy and a young female protagonist with might befitting a warrior.

Vibrant colors fill the backdrop of the historical cityscape and other important themes include nature, humanity and redemption. 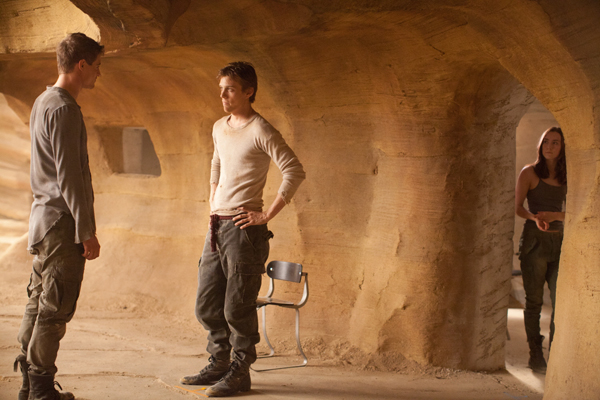 The long-anticipated follow-up to the “Twilight” Saga is here at last.

Just like the vampire series penned by Stephanie Meyer, the second book-to-film adaptation unfolds around the love and life of those who are “different”- aliens and humans to be exact.

On the surface, the plot is somewhat more difficult to grasp than the human-vampire-werewolf love triangle.

There is no technical or scientific jargon that throws you off, but it’s the unusual concept of an alien that plants itself within a human “host” that takes a while to understand.

However, once the mechanics of an alien takeover by a small cut made at the neck are planted, the love struggle is quiet easy to swallow.

Melanie (Saoirse Ronan) is a tortured soul as she somehow remains alive in her body despite the invasion by an alien species called Souls. Saoirse does a good job at playing two characters in one body.

While trying to come up with a solution to the housing situation that seems impossible to settle without one party’s demise, in true Meyer form, Melanie plays on the two males’ heartstrings.

In a hideaway, home to a group of humans that have escaped the aliens, Melanie’s existence wreaks havoc on Jared (Max Irons), who has a hard time dealing with the fact that his lover is trapped inside her own body.

Meanwhile, Ian falls for the Soul. The dilemma that ensues when two souls in one body want to make out with different humans makes this flick watchable. 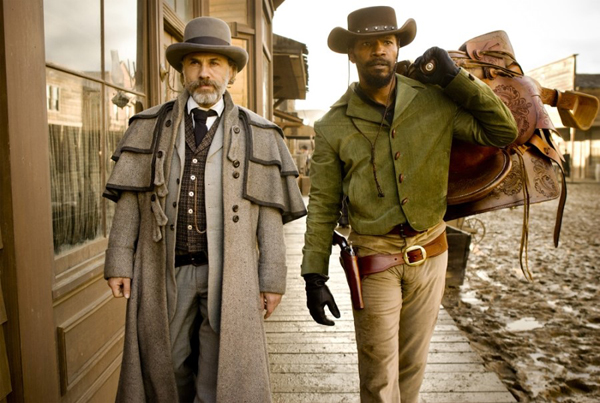 “Django Unchained,” Quentin Tarentino’s latest, is a tour de force of over-the-top action, drama and Western styles with enough twists and turns to keep you glued to your seat over its nearly two-and-a-half hour runtime.

Set in 1858 America, Django is a slave who has been sold away from his wife Broomhilda and is being transported westward. He is liberated by German dentist and apparent bounty hunter Dr. King Schultz (Christoph Waltz), who needs Django to help him track down his bounty on the Brittle Brothers.

Afterward, Schultz trains him in the ways of bounty hunting, gunplay and other tricks of the trade, and Django helps Schultz collect bounties until spring.

When Schultz agrees to help Django track down the whereabouts of Broomhilda, their search leads them to the charming and brutal Southern dandy Calvin Candie (Leonardo DiCaprio), the owner of a vast plantation named Candyland, and his loyal and deceptively naive senior house slave Stephen (Samuel L. Jackson).

“Django Unchained” received positive press and several nominations and awards, including the Golden Globe for Best Original Screenplay and the Academy Award for Best Supporting Actor to Christoph Waltz.

Daniel Day Lewis won an Oscar for his performance as President Abraham Lincoln in this film. Steven Spielberg portrays the 16th U.S. president as he deals with an unruly House of Representatives and a fractured nation during the Civil War. The plot mainly revolves around Lincoln’s efforts to pass the 13th Amendment, freeing slaves, and the cast of characters he must contend with and rely on in his role as president.