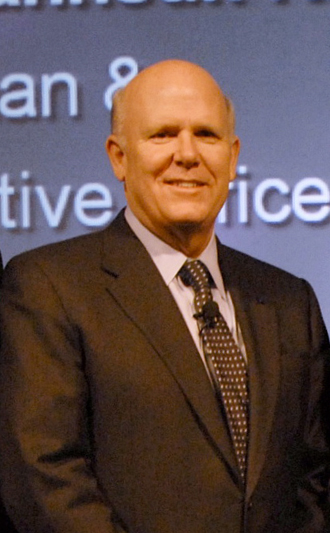 General Motors CEO Dan Akerson said the company formulating a contingency plan for operations in Korea due to tensions with North Korea.

“We are making plans for the safety of our employees to the extent that we can,” Akerson said in an interview on CNBC yesterday. “Beyond that, it’s difficult to shift production.”

While GM can’t change production quickly, Akerson said, the company could think about shifting operations to another country as part of its long-term planning if tensions continue to escalate.

GM has five plants in South Korea, where it builds 145,000 vehicles for domestic sales and 1.3 million for export, Akerson said.

North Korea stepped up threats against the United States, authorizing its military to conduct a “smaller, lighter and diversified nuclear strike.” It also transported a missile to its eastern coast, possibly for training and test-firing, marking a further escalation over the regime’s nuclear weapons program and United Nations sanctions against it.

GM has “got to start to think about where you have the continuity of supply and safety of your assets and employees,” Akerson said, adding that the Detroit-based company is seeking crisis advice from consultants. “Anything that goes on in Korea is critically important to our global production and how we view the world,” said Akerson, who made the comments during a wide-ranging interview that touched on the weakening yen and GM’s improving U.S. sales.

Some Koreans criticized Ackerson, saying his comments “crossed the line” by giving the impression military action was imminent.

Others speculated Akerson’s intent was a warning to GM Korea’s labor union.

Beyond manufacturing, GM’s Korea operations have taken the lead in developing the Chevrolet Cruze and other small cars.

His interview came after Japan’s central bank said yesterday it will double bond purchases in a bid to end 15 years of deflation. The announcement of the unprecedented easing caused the yen to weaken immediately, driving its biggest slide since 2011.

“You have to be suspicious of what they’re doing and why,” Akerson said, regarding the central bank’s strategy.

The yen’s rally after Japan’s natural disasters in 2011 and its current weakening with the economy doing “quite well,” is “odd,” Akerson said. “The Japanese have had a history of currency manipulation,” he added.

Still, the automaker shouldn’t “make excuses about foreign currency,” and must build vehicles where it sells them to lessen the risk of foreign currency fluctuations, he said.