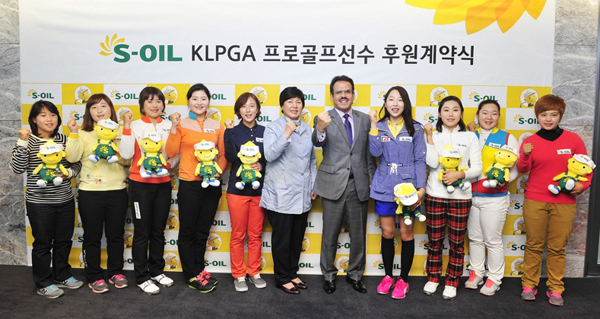 They’ve got game ­- S-Oil CEO Nasser Al-Mahasher appears with 10 KLPGA professional golfers on Thursday at S-Oil headquarters in Gongdeok-dong, western Seoul. The nation’s third-largest oil refiner will sponsor the golfers, who previously didn’t have main sponsors. S-Oil said it hopes to contribute to the development of women’s professional golf by supporting talented players. The company also hosts the S-Oil Champions Invitational, a KLPGA tournament since 2007.
Provided by the company