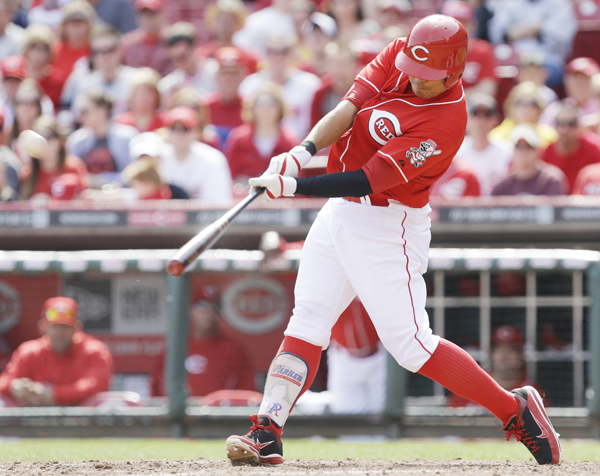 Choo Shin-soo of Korea hits a solo home run in the ninth inning Saturday against Rafael Soriano of the Washington Nationals to pull the Reds within a run in Cincinnati, Ohio. It was the third consecutive game in which Choo homered for the Reds and the first time he has done so since making his Major League debut in 2005. It was also his third homer of the season. Cincinnati sent the game into extra innings, only to lose, 6-5, in the 11th. [AP/NEWSIS]