[SERI Column]Find enjoyment in your work

[SERI Column]Find enjoyment in your work 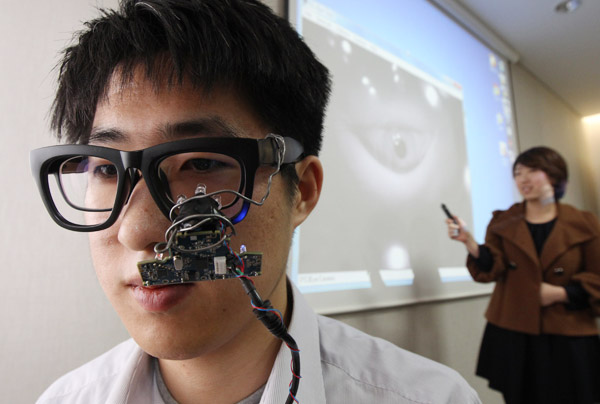 Most Koreans regard work as a necessity, not something that is enjoyed or satisfying. This was reflected in a 2012 survey by Payopen and Hankook Research of 500 people. About 75 percent of them said the meaning of work is to make a living, while a mere 18 percent said they liked to work. While Korean society’s focus on income and material wealth rather than a sense of achievement and contentment can be cited to explain the sentiment, it is actually not any different elsewhere.

In his biography, Dr. Kazuo Inamori, philanthropist, entrepreneur and founder of Japan’s KDDI Corporation, said 99.9 percent of workers are in jobs they didn’t imagine for themselves. In terms of what they do and the work environment they are in, only a tiny minority feel completely happy. Worse still, the slow global economy limits the openings for a person’s “perfect job” and discourages gambling away a secure job, albeit one that is not enjoyable. In Korea, the sluggish economy has resulted in a 19.1 percent year-on-year decline in job turnover.

Against this backdrop, job crafting, which is basically making changes at work to gain satisfaction, is receiving a lot of attention. Job crafting differs from job design. The former is initiated by the employee, the latter by management. Since most Monday-through-Friday hours are work related, finding more meaning in a job can lend itself to enhancing one’s quality of life. If successful, job crafting can boost pride and sense of control with regards to the job and even enhance the company’s performance.

Firstly, adjust the difficulty and scale of your work. U.S. Prof. Mihaly Csikszentmihalyi, architect of the “flow” concept (a person is happiest when totally immersed in a task), says striking a balance between one’s ability and work difficulty enhances flow at work. When work becomes too easy, we become bored and when it is too difficult it causes stress. If it is difficult to control the level of work, considering a different field may be a better way to find new opportunities. Samsung Electronics’ EyeCan, which detects eye movement to control a screen, was specially developed for the disabled community. An idea was presented and a few employees joined in, leading to a new direction; a classic example of “if there’s a will, there’s a way.”

A second way to job craft is redefining relationships with coworkers and customers. Specifically, it is going beyond a basic role and adding more substance. For example, service employees who interact continuously with customers, such as a hair dresser, can start up conversations which will help build a more amicable relationship and customer loyalty. The same applies to an office environment. The extent of most superior-subordinate relationships is the giving and receiving of orders. But, there are a few that use their experience and wisdom to mentor and coach subordinates for their future roles. Who do you think would find more enjoyment in their work?

The third method is to endow your work with a positive attitude and redefine goals to be bigger, deeper and wider than before as in the story of a street cleaner who believes that in cleaning his allotted section of street he is doing his part in cleaning up a corner of the world. Similarly, the cleaning crews at Disneyland define their work as getting the stage ready for a parade or attraction. Specifically, it is giving your job a sense of purpose. In order to do so, it is important to find positive value in your work, reduce the negative aspects and emphasize even the smallest significance. This does not mean passively accepting reality or finding satisfaction by lowering expectations. Rather, it calls for an active effort to recast perspectives and perceptions.

To succeed in job crafting, it is important to gain recognition from both the organization and colleagues that it is not just for individual gain but also for their mutual benefit. The significance of an endeavor takes on added meaning if it also helps others. CEOs and organization leaders must strive to provide employees with meaningful goals rather than focusing only on profit.

A prime example is Google and its mission statement to organize the world’s information and make it universally accessible and useful, which is used to inspire its employees. Furthermore, companies must systematically implement programs or job postings to provide employees with diverse work experience. In turn, employees gain the opportunity to discover latent talent and skills.

*The author is a research fellow at Samsung Economic Research Institute.