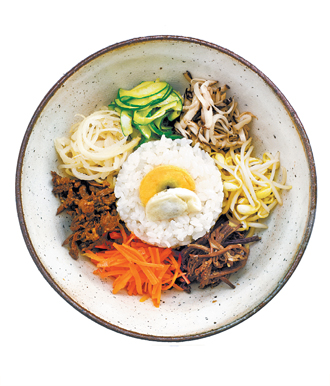 Now that the new Park Geun-hye administration has begun, it’s time to evaluate past projects.

It’s been five years since President Lee Myung-bak started working on globalizing Korean cuisine. Some say that the results were strong enough to introduce the food to the world, but others think that the former government has wasted money on the project.

Here are some excerpts from the interviews:

Q. How would you evaluate efforts to promote Korean food over the past five years?

A. Jung: I think the general attention that we’ve got was pretty much a success, but there are so many different institutions that promote Korean cuisine and they are kind of all over the place. For instance, we have education programs for sending Korean chefs to foreign diplomatic offices, but the program is not effective enough in providing actual jobs for the educated.

Seo: Well, nothing is complete unless you put it in a final shape. The government should only work on creating the final shape rather than every detail. During the past five years, the government has been dealing with too many things such as educating chefs, exporting ingredients and hygiene issues. We desperately need to cut down on unnecessary issues and focus on what’s really important.

Lee Nam-sik: In the past, simply passing down culture was the most important, but now it’s different. So, in terms of introducing the culture to the world, I think the project has brought positive effects. 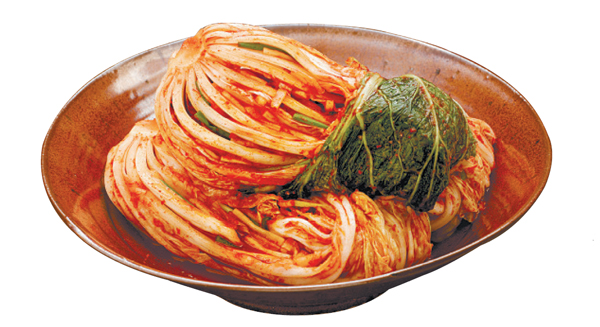 How can Korean cuisine make it into the world’s top five?

Seo: Out of about 180 countries in the world, 10 countries can claim to have the world’s best cuisine. While French, Japanese, Chinese and Italian food are at the top, Indian, Mexican, Arabian, Turkish, Mediterranean, Thai and Korean cuisine are all quickly catching up. So, I think the government project was one way of trying to reach the top five.

Lee Nam-sik: Traditional food is trendy recently. People in crowded cities like New York are looking for something fresh and new. As Korean culture is gaining popularity in the world due to K-pop and high-quality IT, I think we can emphasize Korean food’s healthy image.

Lee Byung-woo: As I have cooked for several decades, I have realized that national power and culture grow together. Asian countries, especially China, Japan and India, became stronger and their cultures were also introduced to the world. Japanese sushi is still one of the best dishes that people like. Sushi chefs get paid about 7 million won ($6,267) per month at the Lotte Hotel, but it’s difficult to find talented ones. Overall, demand is exceeding supply.

Seo: From the Western point of view, eating raw fish used to be a barbarous act. In the late 1980s, however, the Japanese economy experienced huge growth and soon, Wall Street elites began to fall for sushi. Now that the Korean economy has grown up, it’s time for a leap.

How can you define Korean cuisine?

Choi: It is important to pursue both high quality and fast food. People have been working on a definition for the past five years, but there’s no correct answer. Spending time talking about this is rather limiting and can be a barrier in globalization.

Seo: What the world thinks is more important than keeping the Korean standard. Danji in New York was the first traditional Korean restaurant to get a Michelin star, a hallmark of fine dining. When I went there, I felt the taste was not really good since it was not the original, but it was loved by lots of foreigners.

Lee Byung-woo: Jungsikdang also received a Michelin star, but the food they provided is a lot different from traditional Korean cuisine. Lim Jung-sik, the chef, does not have a certificate in traditional cuisine. Instead, he studied French cuisine at the Culinary Institute of America. But, people call this a traditional Korean restaurant.

Lee Nam-sik: Adding Korean taste to what foreigners eat is a way to expand our presence.

Choi: I did a survey about foreigners’ impressions of Korean cuisine. Some liked the culture of sharing food, but others thought it was unsanitary. There are so many different kinds of people in the world, and we cannot satisfy them all. Therefore, we should have confidence in our culture and stick with it. 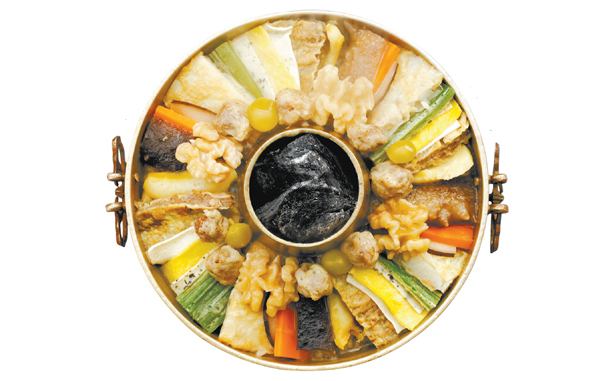 What do you think about dealing with different dining cultures in the world?

Seo: For successful globalization, we need to follow the global standard. Korean people usually go to a restaurant and finish eating dishes in less than 30 minutes. In some countries, however, dining takes about two hours because people enjoy eating slowly starting from appetizers to desserts.

Lee Byung-woo: The hotel has been providing food made of Korean ingredients, but we’ve chosen global customs in terms of service. For instance, instead of serving a single dish such as bulgogi, we deliver several different dishes in order. Moreover, many foreigners dislike grilling meat directly at the dining table because of the smell, so we prepare the dish in the kitchen. Keep the original taste, but color it with a global trend.

Lee Nam-sik: Appealing to Michelin is another smart way since many foreigners think that the restaurants with its stars are great. This can be a natural way of advertising our food. The International Korean Cuisine Cultural Foundation’s Blue Ribbon Survey is a similar idea.

What do we need to focus on for globalization of Korean food?

Lee Byung-woo: We need to be smart. There are more restaurants with Michelin stars in Japan than in France. Japan already knew that it was the fastest way to globalize.

Seo: In order to create high-quality restaurants, there must be changes in brand names. World-famous dining places are usually named after a chef such as Daniel and Jean Georges. Korean cuisine also must be associated with prestige. We should build more Korean restaurants with luxurious meals.

Lee Nam-sik: Educating more chefs is important. Last November, the Creative Culinary Institute of Korea was built in Jeonju, North Jeolla. This could be a great start to supporting chef wannabes.

Jung: Even brilliant students from Kaist, the country’s top technical institute, are looking for opportunities in the recently built culinary institute. Younger people seem to have learned a lot about traditional cuisine. 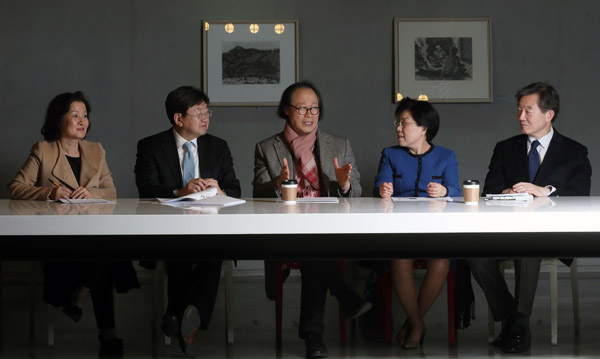 
What are your views on restaurants at home?

Jung: We have relied on too many foreign brands. There are too many restaurants selling hamburgers and pizzas in Korea.

Choi: When promoting, we should do storytelling instead of focusing on the taste itself. By combining other facts such as design, we can better appeal to customers.

Lee Nam-sik: A famous Thai restaurant called Blue Elephant lets customers experience the cooking process. The cheapest course is 100,000 won, and a week-long package is 2.5 million won. This kind of education tourism can have a positive effect on the local food market and also enhance the brand’s image.

Choi: Three years ago, my institute invited a prominent Indian chef and major Indian media groups to a cultural forum. At the forum, five Korean chefs cooked Korean traditional dishes and served the Indian guests, and they just loved it. Along with introducing our food to the world, we must keep global standards in mind.

Lee Nam-sik: In order to support Korean restaurants outside the country, we need a greater supply of high quality condiments such as gochujang and doenjang. You can find Japanese Kikoman soy sauce everywhere. This is happening because Japanese cuisine has become so popular. Therefore, we need to work on ingredients and also kitchen equipment.

Lee Byung-woo: Carrying one culture to another takes time, but it is long lasting once delivered. We need to develop the business in a calm and orderly way.

Jung: This is a very important moment for globalization of Korean cuisine. We need continuous efforts.