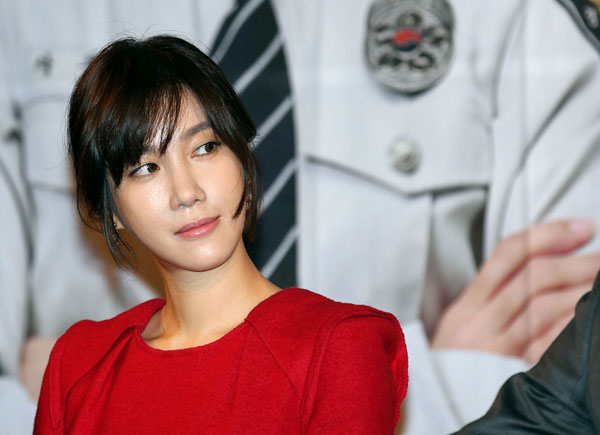 A car owned by actress E Jiah crashed into a police car on Saturday, according to a report by Ilgan Sports, an affiliate of the Korea JoongAng Daily.

At the time of the accident, E was in the car and her designated driver drove into a police vehicle patrolling in Nonhyun-dong, southern Seoul.

No one was injured, but the bumper of E’s Maserati was damaged.

It is known that E had drinks with her acquaintances earlier that night and called a designated driver service to go back home before the accident.

The driver stepped on the accelerator instead of the brake as he was turning right on one corner in the neighborhood as the driver was not familiar with how to maneuver the luxury car, an eyewitness said.

The witness said the police checked on the condition of the driver and E, but E did not leave the car.

The driver spoke to the police as E left the scene in another car.

The witness said that E seemed a little tipsy and quite shocked.