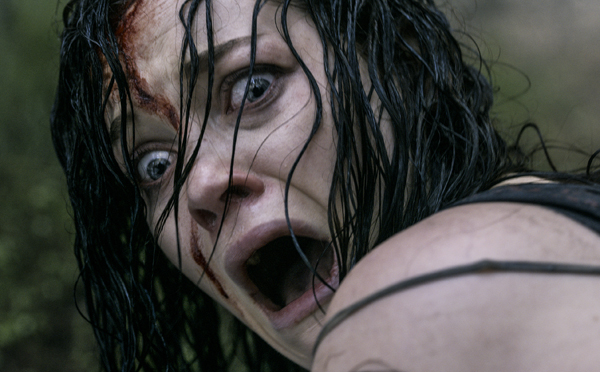 LOS ANGELES - Resurrected demons and dinosaurs are helping to put some life back into the weekend box office.

The demonic horror remake “Evil Dead’’ debuted at No. 1 with $26 million, according to studio estimates Sunday.

In a tight fight for second-place were two holdovers, the animated comedy “The Croods’’ and the action movie “G.I. Joe: Retaliation,’’ both with an estimated $21.1 million. Final numbers Monday will sort out which movie comes out ahead.

The remake was produced by the 1983 original’s filmmakers, director Sam Raimi and producer Rob Tapert, and its star, Bruce Campbell. The new “Evil Dead’’ lays the gore on thickly for the story of a group of friends terrorized and possessed by demons during a trip to a cabin in the woods.

“It’s one crazy ride, that movie. I have to think Sam Raimi is so proud in remaking this film that it turned out so well,’’ said Rory Bruer, head of distribution for Sony. “It’s such a visceral ride, where you’re holding on to your seat or holding on to the person next to you.’’

Paramount’s “G.I. Joe’’ sequel, which had been No. 1 the previous weekend, pushed its domestic total to $86.7 million. The movie also added $40.2 million overseas for an international haul of $145.2 million and a worldwide take of $232 million.

“The Croods,’’ a DreamWorks Animation release distributed by 20th Century Fox, raised its domestic total to $125.8 million after three weekends.