Madonna does good deeds in Malawi

Madonna does good deeds in Malawi 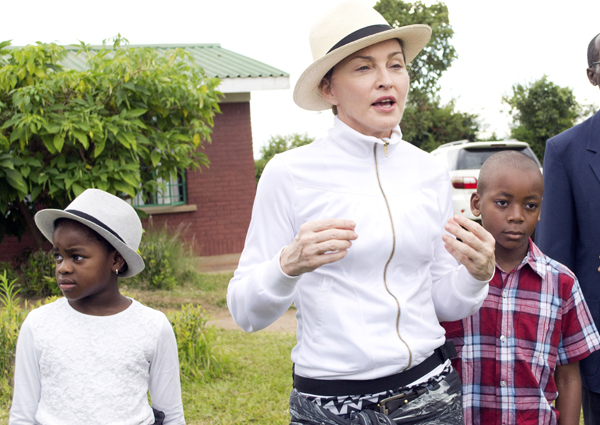 BLANTYRE, Malawi - Madonna has left Malawi after visiting the projects she has helped support through her Raising Malawi charity.

The pop diva and her four children arrived in the southern African country Monday and left Saturday. Madonna visited the 10 school blocks that her charity has helped build or renovate in collaboration with BuildOn.

The singer also visited a hospital’s pediatric ward and several orphanages, including the Home of Hope, where she adopted David Banda in 2006. She also adopted Mercy James from Malawi in 2009.

Madonna initially planned to build a $15 million 500-bed Raising Malawi Academy for girls, before changing plans to help fund several community schools, which led to some controversy in Malawi. She also closed the Malawi office of Raising Malawi and fired staff for misappropriating funds. AP