Ok Taec-yeon to appear in ‘The Nights Before Wedding’

Ok Taec-yeon to appear in ‘The Nights Before Wedding’ 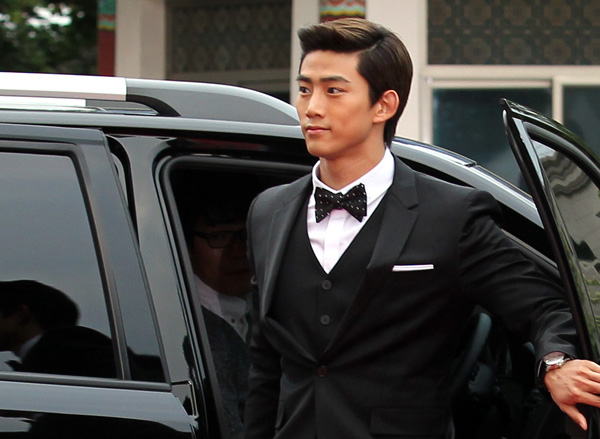 Ok Taec-yeon of boy band 2PM will make his debut on the large screen as he has been cast in the movie “The Nights Before Wedding.”

The film features different stories about four engaged couples a week before their weddings.

Ok will pair with Lee Yeon-hee of 2008 TV drama “East of Eden” and 2011 movie “My Way.” Lee also appears in MBC drama “Gu Family Book,” which started its run yesterday.

He will play a chef named Won-chul, the fiancé of nail artist So-mi, played by Lee. Ok will struggle as his fiancée finds a new love.

In the romantic comedy directed by Hong Ji-young, who made his debut in 2009 with “Kitchen,” there will also be many other big name stars including Ko Jun-hee of recently ended TV drama “King of the Ambition” and Kim Kang-woo of TV drama “Haeundae Lovers.”