Psy to film music video of ‘Gentleman’ in and around Seoul

Psy to film music video of ‘Gentleman’ in and around Seoul 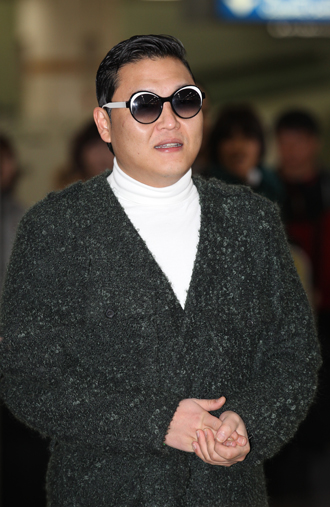 World star Psy plans to complete filming of a music video for his upcoming song today after a three-day run, according to a local media report.

Psy has traveled to places in Seoul and neighboring cities to shoot a music video for “Gentleman” with members of reality TV show “Infinite Challenge” and Ga-in of girl group Brown Eyed Girls.

It has been said that some of the celebrities featured in the sensational “Gangnam Style” video including Yoo Jae-suk and No Hong-chul again take part.

Meanwhile, he took a break from shooting yesterday to become an honorary spokesman for Asiana Airlines. He will contribute his talent to promoting the company. In return, Psy will fly high class on Asiana flights for a year when he travels.