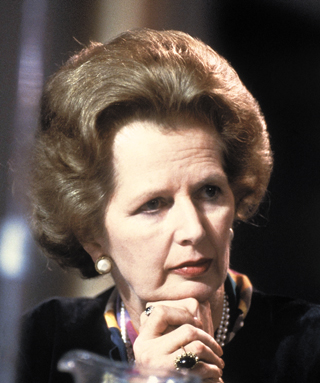 President Park Geun-hye yesterday expressed her condolences over the death of former British Prime Minister Margaret Thatcher, whom she regarded as a role model.

“I feel sad that the people of Britain have lost a great leader,” Park was quoted as saying by Yoon Chang-jung, her spokesman. “Former Prime Minister Thatcher was the leader who revived Britain’s economy and led the country into an era of hope in the 1980s.

“The late leader also paid special attention to improving friendship and cooperation between Korea and Britain,” Park said. “I once again express my deepest condolences to her family and the people of Britain.”

Park’s message of condolence was also formally delivered to the British government.

Thatcher, whose nickname is “Iron Lady,” transformed Britain’s economy during her reign as prime minister from 1979 to 1990. She died Monday at the age of 87 after suffering a stroke. The U.K.’s first female prime minister was praised as the greatest post-war leader of Britain. Park has expressed her admiration for Thatcher over the years.

In 2007, Park singled out Thatcher as the politician she respects the most in media interviews during her party’s presidential primary and used Thatcherism as her campaign message.

“Discontented voices of people who complain they cannot live like this anymore resonate across the nation. I will cure Korea’s serious disease like Prime Minister Thatcher cured the British disease and made a new leap forward,” Park said at the opening ceremony for her primary election campaign in January 2007.