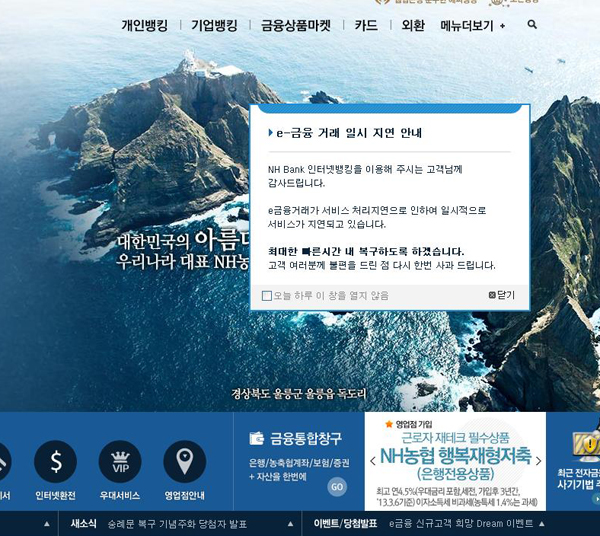 A banner on NH Nonghyup Bank’s Web site reads that its Internet banking service is temporarily unavailable. Bank officials said access to Internet banking service was paralyzed from 6:20 p.m. yesterday. “There were errors with hardware that oversees the database of the Internet banking service,” Jeon Tae-min, a IT security expert at the bank. “There were no traces of outside intrusions such as malware. We’re currently restoring the system and expect service to be resumed by 8 p.m.” Customers could access their balance through the Web site, but not transfer money, he added. Given that its ATMs were working, the bank rejected growing speculation that its servers might have been attacked by hackers as they were on March 20. Screen capture NH Nonghyup