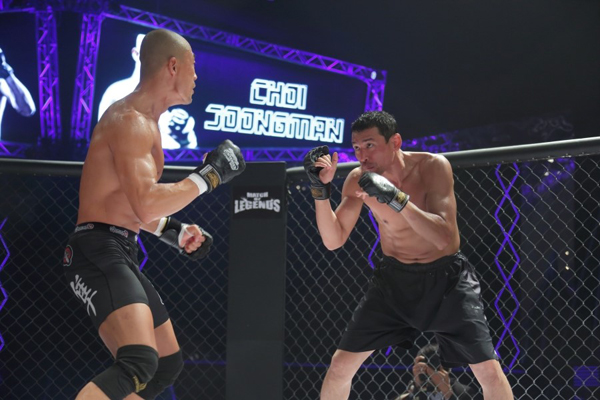 Former fighters, who were once hailed as legends during their teenage years in school, match up for a mixed martial arts tournament. Who is going to be crowned champion?

What makes this film unique is how it effectively tells the story of three desperate men all out of options, who enter the ring not out of their own desire but for those they love.

Deok-kyu (Hwang Jung-min) used to dream of becoming a boxing champion but his dream was washed away by an unexpected incident. Now, the middle-aged man runs a noodle shop to support his daughter as a single father. One day, he is invited to take part in the televised fighting show “Fist of Legend,” and the washed-up fighter takes the plunge to enter a brutal survival tournament to pay for his daughter’s medical bills.

Another fighter, Sang-hoon (Yoo Jun-sang), who used to hold exceptional charisma, is now a manager at a big company. He does everything to get a promotion, but nothing comes easily for the unlucky guy. The third and last fighter Jae-suk (Yoon Je-Moon), who used to be called “Crazy Dog” for his incredible boldness, is currently nothing but a small-time gangster.

The three fighters meet in the ring and compete for 20 million won ($17,700). At the same time, their history is revealed.

The movie is based on the Webtoon of the same name. 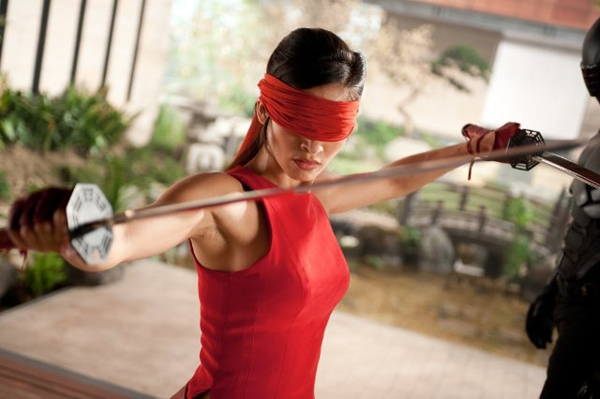 The sequel to the 2009 action blockbuster “G.I. Joe: The Rise of Cobra” delivers as much as the first.

Boasting a sturdy line-up of actors including Dwayne “The Rock” Johnson, Bruce Willis, Channing Tatum and homegrown talent Lee Byung-hun, the film is packed with explosions, just as in the original that saw the popular toy figurines brought to life on the big screen.

Similar to the prequel, there is nothing groundbreaking about the story line: a bunch of G.I. Joes battle baddies for the good of the world.

This time around, though, the soldiers take on not just Cobra, but attacks from the government that’s supposed to be on their side.

There is also a greater emphasis on the character Storm Shadow (Lee Byung-hun) as he does away with the mask to reveal his face in full, and a background story that explains why he chose his path.

Despite the fact that Sienna Miller, Dennis Quaid and Joseph Gordon-Levitt are no longer a part of the plot, Johnson does a good job bringing the brawn while Lee brings the tension.

There is also greater emphasis on CGI, making it a great flick to watch in 3-D.

The fact that the film pulled in $41.2 million in its first weekend in the United States is another reason to check it out. 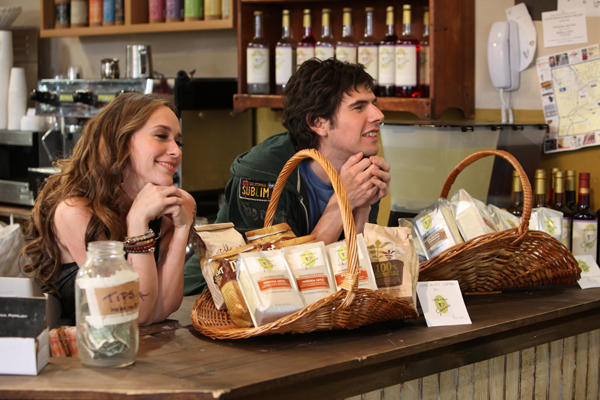 This independent film starring Jennifer Love Hewitt was released in 2010. As is the case with most indie flicks that don’t garner much attention, it took some time to be brought over to Korea.

Alongside Hewitt, Daniel Eric Gold, Alex Vega and Jamie Kennedy - whom Hewitt was dating at the time of filming - are also in the film about a corner cafe on Philadelphia’s West Side.

Claire (Hewitt) is a barista who serves up coffee with a dash of wisdom to those who make their daily pilgrimage to West Philly Grounds.

Amidst idle banter among patrons and Claire, topics such as God and creation are examined and the audience soon realizes that not everything is as it seems.

The ending is somewhat tragic, contrary to the feel-good vibe which accompanies the film at the start.

Although one of Hewitt’s lesser-known works, the film is a promising choice for fans of indie flicks with heart and a surprising ending.

“Django Unchained,” Quentin Tarentino’s latest, is a tour de force of over-the-top action, drama and Western styles with enough twists and turns to keep you glued to your seat over its nearly two-and-a-half hour runtime.

Set in 1858 America, Django is a slave who has been sold away from his wife Broomhilda and is being transported westward.

He is liberated by German dentist and apparent bounty hunter Dr. King Schultz (Christoph Waltz), who needs Django to help him track down his bounty on the Brittle Brothers.

Afterward, Schultz trains him in the ways of bounty hunting, gunplay and other tricks of the trade, and Django helps Schultz collect bounties until spring.

When Schultz agrees to help Django track down the whereabouts of Broomhilda, their search leads them to the charming and brutal Southern dandy Calvin Candie (Leonardo DiCaprio), the owner of a vast plantation named Candyland, and his loyal and deceptively naive senior house slave Stephen (Samuel L. Jackson).

“Django Unchained” received positive press and several nominations and awards, including the Golden Globe for Best Original Screenplay and the Academy Award for Best Supporting Actor for Waltz.

The Perks of Being a Wallflower (15) 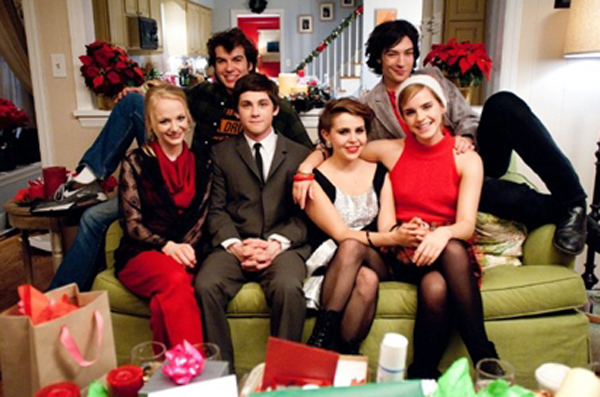 “We accept the love we think we deserve.” The words uttered by the character Charlie rang all too true for the many teenage misfits who read the coming-of-age novel of the same name, which has an almost cult-like following in America.

For a movie based on a book directed by the writer himself, “The Perks of Being a Wallflower” did not disappoint the all-too-protective fans of novelist Stephen Chbosky unlike the epic train wreck that was “On The Road” (2012). The heart-wrenching, and then warming, tale of the shy narrator Charlie (Logan Lerman) unfolds through a rare friendship he fosters with Sam (Emma Watson) and Patrick (Ezra Miller), revealing a severe childhood trauma that still afflicts Charlie like a ticking time bomb. The movie is replete with indie culture references like “The Rocky Horror Picture Show” and Hal Ashby’s “Harold and Maude” (1971). It also has a great soundtrack spanning David Bowie, The Smiths, New Order and Cocteau Twins, placing it high on U.S. Billboard charts.

Lerman and Watson, who are better known from blockbuster “Percy Jackson” and the “Harry Potter” series, show a surprising range as method actors, garnering accolades from film critics everywhere.

The lesser-known Miller, who delivered a spine-chilling performance in “We Need to Talk About Kevin” (2011), is brilliant as a free-spirited gay teen who navigates romance in mainstream high school culture.