A tantalizing season for theatergoers has arrived

A tantalizing season for theatergoers has arrived 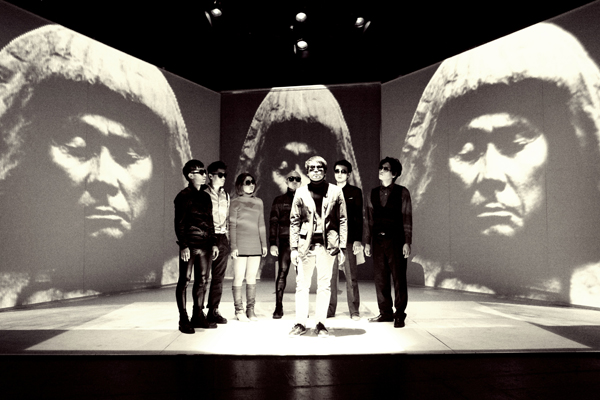 The Seoul Theater Festival will kick off its month-long run on Monday.

A total of 44 plays will be staged during the festival that runs through May 12. They will be held at six theaters in Daehangno, central Seoul, including Arko Arts Theater, Daehangno Arts Theater and Art Space Seoul.

Launched in 1979 and held every spring, the Seoul Theater Festival is a reflection of Korean society, staging works inspired by contemporary social issues.

Several shows continue the tradition this year, including “The Seven Neighborhood Like Warm Sisters” by Theater Yeonwoo. The play sheds light on the lives of prostitutes living nearby a U.S. military base in Pyeongtaek, Gyeonggi.

One of the women, Sun-yeong, reveals her story to Ha-na, a student who is working on a doctoral dissertation about Korean women in military towns. There, Ha-na also meets Sunny, a Philippine prostitute, and Sang-cheol, a Korean activist fighting for withdrawal of U.S. forces.

“The Human Cannonball Show” by Spear is about school violence. Lee Jin-ho, a god-like character at high school, bullies his classmates, but his status goes into free-fall after other students discover that he is the son of a cobbler.

“A Trauma Repairman” by Masterpiece Cornfield centers on another teenager, Wu-je, whose special healing talent transforms him from a loner to the most popular boy at school. He gets into the minds of other people and helps them find their happiest memories. But the potential happy ending fades away as his friend, Seung-wu, suggests mass-producing his talent to heal the whole world.

Also on the schedule is “Future Stealer,” a play by Analog and Digital Theater that deals with the nightmarish downsides of having children, even in the era of a low national birthrate. 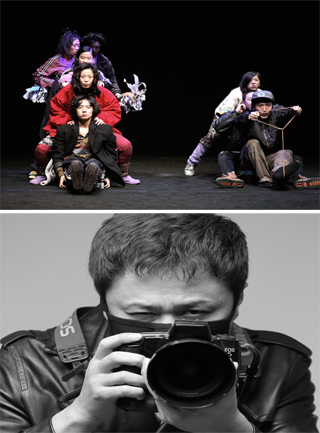 “Survivors“ and “Media Complex.” Provided by the Seoul Theater Association

The play starts with the breakout of an unidentified virus that makes Korean women have mutant babies. The government declares an emergency and locks all affected children in a far-off concentration camp. Many women kill themselves after losing their children, including the wife of Kim, who sneaks in the concentration camp to take back their baby.

Some of the scheduled performances draw from well-known plays.

“Rock ’n’ Roll Macbeth” by A Paper Vessel is a playful adaptation of the Shakespearean tragedy. All the “Macbeth” characters get bored after an endless wait for readers to open the play and jump out of the book to create a different version with rock ’n’ roll numbers.

Another work to draw from the same Shakespearean play is “Media Complex” by Huam. It is about a journalist named Macbeth whose scoop about an international conflict in the Middle East sends him up the corporate ladder at his broadcasting company. But his morals go in the opposite direction as he plans to murder the president of the company and take his position.

The festival will also feature a special monologue event from May 1 to 5. In “Monostry,” 43 veteran actors will stage monologues from plays in which they have previously performed.

“Theater is a beacon of hope for this age,” said Park Jang-ryul, president of the Seoul Theater Association.

“In step with current trends that show culture as national power, we hope that this will no longer be a festival for theater people but for all of Seoul.”

The association said it will donate 3 percent of its proceeds to nonprofit social organizations.

During the festival, Korean and Japanese performers will also host charity markets simultaneously in Seoul and Tokyo on May 5.