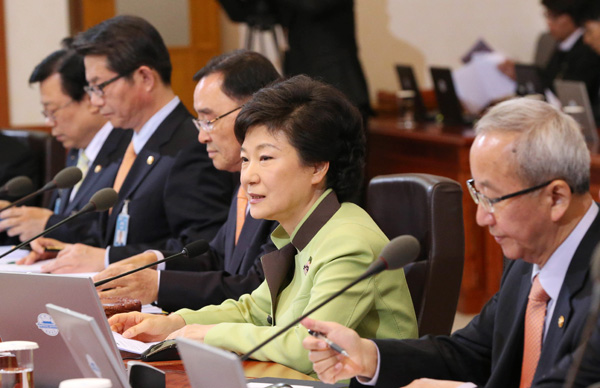 One former minister-turned lawmaker phoned to say he would be late to a study meeting. We asked him where he was. He said he was crossing the “Dog Bridge.” The meeting was in Yongsan district across the Han River.

I had never heard of a “Dog Bridge” in Seoul. When he arrived, he explained the “Dog Bridge” is a nickname for the “Seogang Bridge” that connects the Mapo and Yeongdeungpo districts.

The bridge earned its moniker because government officials spit out curses with references to dogs upon leaving the legislature.

The Seogang Bridge stretches out in front of the National Assembly. Ministers, vice ministers and senior government officials unleash their frustration and anger as soon as they get on the bridge.

Any visitor to the National Assembly more or less experiences the same thing. They blurt out dog-themed swear words. It’s how the poor bridge earned its nickname.

The story reflects Korea’s political reality. The anger released on the bridge these days is targeted elsewhere. Ruling Saenuri Party members are getting more and more upset and annoyed with the Blue House and government.

The mood in a recent workshop among senior party, government and presidential officials was quite heavy. The media described the tense ambiance as the revenge of forces loyal to President Park Geun-hye who lived in the shadows during the Lee Myung-bak administration.

Two months have passed since the president started office. The presidential office is yet to fill up the government. The Saenuri Party is isolated more like a minority party than a ruling party.

Its status these days is reminiscent of the famous novel “The Unbearable Lightness of Being” by Milan Kundera. The existential novel that was turned into a film based on the same title explores the lightness of love and sex in the backdrop of the Prague Spring.

The novel’s title cannot better epitomize the governing forces today. The clueless performance and sight of Yoon Jin-sook, nominee for the Minister of Oceans and Fisheries, at the confirmation hearing underscores the lack of gravitas in the presidential office and government.

The ruling party is equally weightless, incapable of making any comment to the presidential office, instead of playing its function of leading the governing power.

We often refer to a landscape change when a new government takes office. The ruling party moves to the sky and the opposition falls to the ground. The reversal is as dramatic as a change in the sky and earth.

Officials with set terms rush to play to new power while bureaucrats keep their profile as low as possible. The cloud of people scatters away. The opposition sharpens and draws their swords to attack the new government and the president. The ruling raises the shield to protect the governing power.

But neither the opposition nor the ruling party appear to have the spirit or will to fight.

Instead of the usual contentious mood between the ruling and opposition parties, what we witness are in-house fights among party members. The main opposition Democratic United Party is embroiled in a power struggle. The Saenuri Party is fighting like husband and wife with the presidential office.

Few know who is discussing and deciding what and how with government policies and state affairs. There are hardly any records of comments from ruling party members in the legislature. There are merely brief records of introduction and apologies.

Even as we characterize the chain of failures and mishaps from the president and her aides as possible mistakes during the early stage, the president and the party must seriously worry about public opinion ahead of the by-election and next year’s local elections with the approval rating dipping to 40 percent.

The conflict could weigh over our entire political system and procedures. Who would have confidence in the presidential office and government when even the ruling party doesn’t?

The president and her aides so far put the blame entirely on politicians.

The president may be tempted to turn her back on politicians and plead directly to the public. But keeping her distance from politicians won’t help solve anything.

The presidential office would end up losing most. Like it or not, it must start working with the ruling party as a governing partner. Stop giving the Seogang Bridge a bad name.