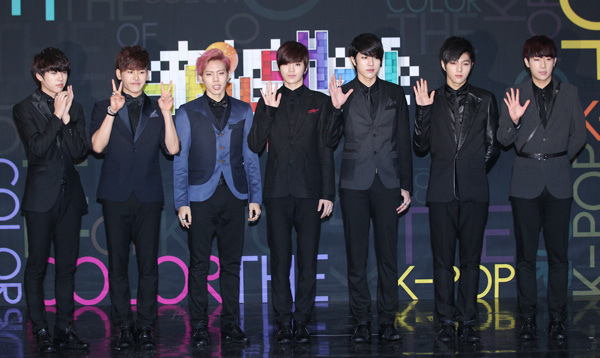 Infinite’s new album has kept its No. 1 place on Japanese music chart Oricon among imported albums, according to local media reports yesterday.

The new album “New Challenge” with the title track “Man in Love” garnered attention in Japan although not officially released there.

The title song also swept No. 1 spots on charts at all three TV music shows on KBS, MBC and SBS.

The group plans to release its first regular album in Japan in June, a year and a half after it made its debut there.

“Since members have been overwhelmed as they have made public appearances here in Korea while preparing for the new Japanese album, such news really washes away the fatigue,” said the group’s agency, according to reports.

“The fact that the not-yet-released album was ranked No. 1 on the chart means that the group has seen enormous popularity within Japan.”

It sold out seats for its tour in Japan in Yokohama, Nagoya, Fukuoka and other cities last year.