Kenny Rogers makes it to hall of fame

Kenny Rogers makes it to hall of fame 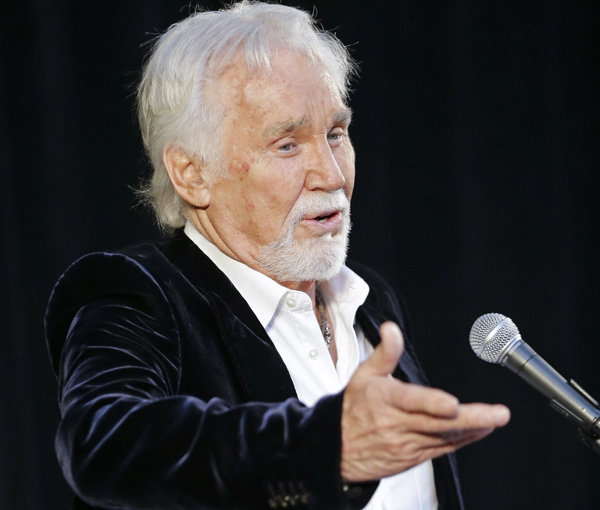 NASHVILLE, Tennessee - Veteran singers and songwriters Kenny Rogers, Bobby Bare and “Cowboy” Jack Clement will be inducted into the Country Music Hall of Fame, organizers said on Wednesday, achieving one of the highest honors in the music industry.

Rogers, 74, the husky-voiced three-time Grammy winner best known for songs like The Gambler” and “Ruby, Don’t Take Your Love To Town,” will be inducted in the “Modern Era” category, the Country Music Association announced.

“Everything pales in comparison to this,” Rogers said, tearing up because the honor came in his lifetime.

“My older sons thought I was already in here. Maybe now I can really impress them,” he told Reuters, referring to his 8-year-old twin sons from his fifth marriage.

Rogers, a country-pop crossover artist who scored a big hit with the 1983 duet “Islands in the Stream” with Dolly Parton, has charted hit singles in each of the past six decades, and is due to play at the Glastonbury pop music festival in England in June. Wednesday’s three new inductees will bring membership of the Country Music Hall of Fame to 121. Reuters