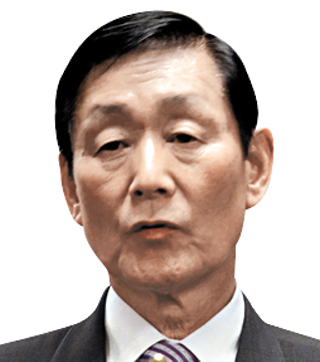 “I met a 92-year-old man named Joshep Choi who participated in the 1950-53 Korean War and migrated to the U.S. a long time ago,” Shim says. “He grabbed my hands and cried a lot.”

Some patients were so severely injured they have spent their entire lives in the hospital, Shim said. This is the seventh year that the 70-year-old Shim has visited veterans of the Korean War in the United States and Southeast Asia.

“I just express gratitude to them on behalf of the Koreans with small presents, but they burst into tears as they talk about Korea,” he says. “I feel solemn after meeting them.”

Shim never forgets visiting the San Joaquin Valley National Cemetery in Santa Nella, California. Bodies of 2,495 Californians dispatched to Korea at the time are buried there. Some missing veterans’ names are also indicated.

“This area was like a desert when I came in 2007 with General Paik Sun-yup. Since then, I have been donating plants, which makes the area greener now,” he says with a smile.

In March, Shim planted another tree to celebrate the 60th anniversary of the Korean War armistice.

He first got involved with veterans after 2005 when some civic groups in Korea destroyed a statue of General Douglas MacArthur. “I was very shocked, as one of the war generation,” he says.

Shim and Paik decided to start visiting veterans hospitals in the U.S.

They chose California first, because of the large number of Korean-American residents. “There were many American veterans who were sent to the war at the age of 17 or 18. Some of them still live at the hospital, because they can’t take care of themselves.”

Shim spent a long time finding the grave of Major General Joseph P. Cleland to pay tribute to him for establishing Gapyeong Middle School and High School in Gyeonggi during the war. The American general raised money from soldiers to build the school after seeing Korean children sitting on bags of straw to study.

“I want to share what I have with others for the rest of my life,” he says. “Before foreign veterans pass away, I want to give my all to them. They made Korea what it is now.”