Chairman of Woori bows out

Chairman of Woori bows out 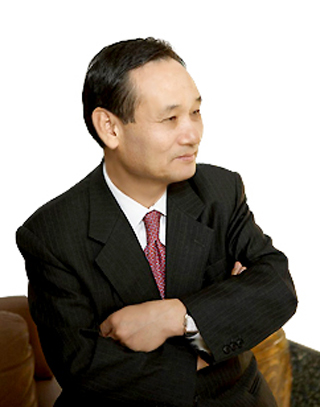 Another tycoon in the banking industry known as a close associate of former President Lee Myung-bak, one of the so-called “MB Men,” finally gave in to pressure from the new government and decided to step down.

Lee Pal-seung, chairman of Woori Financial Group, the nation’s largest banking group by asset, was the latest to join other MB Men who left their posts this year.

“I did my utmost best in the development of Woori Bank and Woori Financial Group in the last 40 years since I started as a new recruit in 1967,” Lee said through a statement yesterday.

“I feel honored for becoming the nation’s first employee, who started from the bottom, to become a chairman of a financial institute.”

Noting that he tried to privatize the financial group on three accounts between 2010 and 2012 during his tenure as chairman of the financial group, he sincerely hoped that for the sake of development of the nation’s financial industry that Woori’s privatization would be realized soon.

Lee, who graduated with a law degree at Korea University, joined Woori Bank in 1967 and worked his way up working not only at the bank but also the brokerage arm of the group.

Although Woori Financial Group was officially launched as the nation’s first holding company in 2001, the chairman position was given to financial figures from outside Woori, including Hwang Young-key. Lee took the reins in 2008. It was the first time that an insider was appointed to head the nation’s leading banking group.

However, Kang not only served as the first finance minister of the Lee administration but he was also known as the economic mentor to the former president. Kang was believed to be the mastermind behind most of the economic policies including the weakening of the Korean won to raise the competitiveness of major exporters such as Samsung Electronics and Hyundai Motor in the global market.

Woori Financial Group’s Lee still had almost another year before his tenure ended in March next year.

It has been said that Lee wanted to fulfill his term and finish up the privatization of the banking group.

However, the new administration has been applying pressure, even though Lee was once again approved last month by the banking group’s shareholders to head the organization for another year. The Financial Services Commission Chairman Shin Je-yoon earlier this month during a press conference said he hoped Lee would carefully decide whether to stay.

This was interpreted as pressure from Shin to resign, especially as the FSC chairman added that he was grateful that KDB Financial Group Chairman Kang has decided to voluntarily step down.

“[The decisions to voluntarily step down] eased the burden on the new government,” Shin said. Kang announced his resignation late last month. Kim, of Hana Financial, Group stepped down from his post in March 2012. The FSC Chairman added that he hoped that Lee’s successor would be a person who shares the same philosophy as the government on the privatization of the banking group.

With Lee out of the picture, the spotlight is now shifting to KB Financial Group’s Chairman Euh - the last man standing. The KB Financial Group chairman still has three months to go before his term expires in July. There are growing concerns that Euh, too, could be pressured to make an early resignation.

Meanwhile, Woori Financial Group is to begin choosing a successor by holding a board meeting. A special committee to nominate Lee’s successor will consist of seven members, including three outside directors, one representative of the shareholders and three outside experts.It is likely that the process is going to take a maximum of 60 days before a new chairman is appointed. Until then, the outgoing Lee will serve at his post.

Additionally, the privatization of the banking group is likely to take place in the second half. The FSC chairman said the financial authority will decide on how to sell its stake until the end of June.

The previous Lee administration was resentful of selling the banking group in a split sale and wanted to sell it whole. However, investors have been burdened by the monstrous size of the banking group. Woori Financial Group’s assets amount to 410 trillion won, with 18.7 trillion won in equity capital and 12 affiliates.