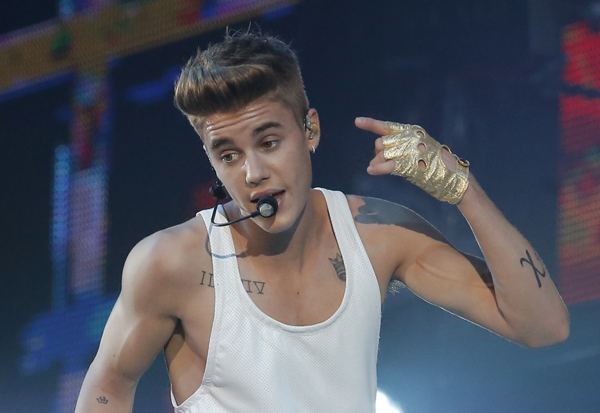 AMSTERDAM - Justin Bieber wrote an entry into a guestbook at the Anne Frank House museum in Amsterdam, saying he hoped the Jewish teenager who died in a Nazi concentration camp “would have been a Belieber” - or fan of his - if history were different.

The message triggered a flood of comments on the museum’s Facebook page Sunday, with many criticizing the 19-year-old Canadian pop star for writing something they perceive to be insensitive.

Calls made and emails sent to Bieber’s publicist and agent in Los Angeles weren’t immediately returned.

Museum spokeswoman Maatje Mostart confirmed that Bieber visited Friday evening. She said the museum was happy to have received Bieber and didn’t see anything offensive in his remarks.

Anne Frank hid with her family in a small apartment above a warehouse during the Nazi occupation of World War II. Her family was caught and deported, and Anne died of typhus in Bergen-Belsen in 1945.

The diary she kept in hiding was recovered and published after the war, and has become the most widely read document to emerge from the Holocaust.

Bieber’s whole note read: “Truly inspiring to be able to come here. Anne was a great girl. Hopefully she would have been a Belieber.”

Bieber’s remarks led to criticism from some quarters, as a Facebook response insulting Bieber received more than 1,000 “likes” - slightly more than the museum’s original post about the incident.