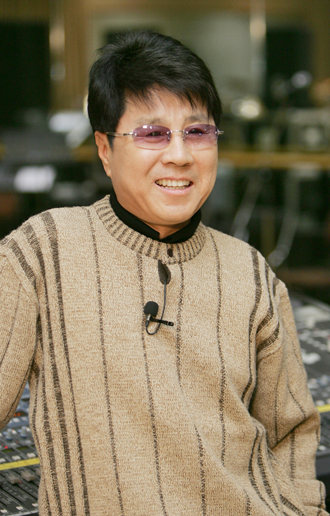 “Bounce” reached No. 1 on the day after its release despite worldwide attention garnered by Psy’s “Gentleman.”

The song release comes one week before Cho plans to release the entirety of his 19th regular album “Hello” on Tuesday, the first in a decade since “Over The Rainbow” in 2003.

“Bounce” has a combination of acoustics and rhythmical guitar to form tunes as trendy as any produced by young musicians.

Many idol stars including members of girl group KARA and Jo Kwon of 2AM posted messages on Twitter after listening to the song.

“It is just so amazing,” said Jo. “Just listening to it, I feel the sophistication of the vocals.”

Composer Yoon Il-sang also paid tribute to Cho by saying that he felt deeply touched by the new song.

To promote his newest release, Cho will have his first-ever showcase in Olympic Park, southern Seoul.