Hwang Jung-min is a jack of all trades

Hwang Jung-min is a jack of all trades 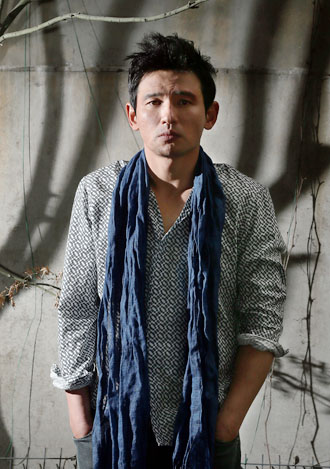 Hwang Jung-min plays a middle-aged father who takes part in a boxing reality show to earn money for his troubled daughter in “Fist of Legend.” By Kim Kyung-bin

Actor Hwang Jung-min might not be a typical heartthrob. Rather than a glittering look, he has a friendly, familiar face - but he certainly knows how to use his next-door neighborly appearance to his advantage. Combined with his stunning acting abilities, Hwang is able to play a wide range of realistic characters convincingly.

There seems to be no limit to the kinds of roles the 43-year-old can take on. In 2005, he starred in the movie “A Bittersweet Life” as a ruthless boss of a gang and “You’re My Sunshine” as a naive country man who dedicates his life to his ill-fated lover.

Since debuting in 1994, he has also drawn crowds to the box office for R-rated hits like “New World,” released in February, and “Fist of Legend,” released April 10.

The film tells the story of three men who were once hailed as legends during their teenage years. Now middle aged, the three decide to appear on a reality television show and compete in a mixed martial arts tournament for 200 million won ($183,823).

Hwang plays one of the three fighters who runs a noodle shop to support his daughter. The single father, Lim Deok-kyu, once dreamt of being a boxing champion and summons up the courage to join the brutal fight.

Q. Your action scenes are quite realistic. Did you do them yourself?

A. Yes, I couldn’t rely on stunt doubles to express detailed emotions in the fighting scenes. For me, attacking was much harder than defending, and the director stressed adding drama to the action. Before entering the ring, I even felt as if I had became a gladiator when the host called out my character’s name.

My priority was to effectively tell the story of Deok-kyu, who has no choice but to take part in martial arts. While the three have their own stories, they are all worn out from their struggles. I think Deok-kyu and I share many common qualities compared to other characters I have played in the past.

Deok-kyu looks more like a real-life character you can find next door compared to Jung-chung from the movie “New World.” 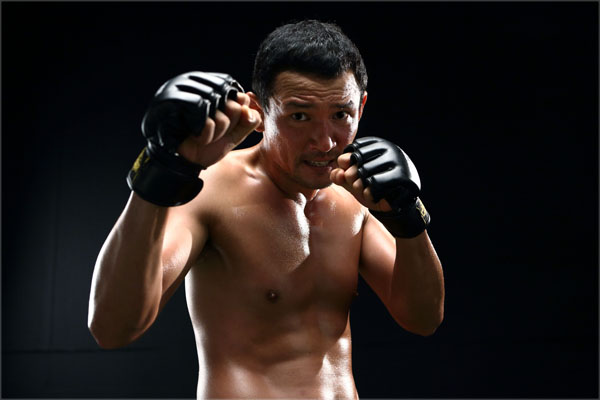 Hwang said that working on his abs was harder than playing the fighter. [JoongAng Ilbo]

Unlike Deok-kyu, you have been able to live your dream.

I have devoted myself to acting for 10 years. Every time I got compliments, I used to push myself harder to get more praise. Still, I always arrive on set one hour in advance. But ever since I turned 40, I thought I needed to loosen up a little and focus on enjoying my work. The approach has helped me work with a relaxed mindset.

How were your teenage years in school?

I went to Gaywon High School of Arts. I was crazy about acting. I read Shakespeare and history books about art. I thought art was superior to academic study. Looking back, it was a little shameful.

You know, I was also once beaten by a bully who learned boxing just like my character Deok-kyu. I wonder how he is doing these days. That curiosity attracted me to the script.

Are there any dreams you have not yet achieved?

Now that I am a father, I want to appear in a movie that I can watch with my son - by which I mean a movie for all audiences.

You will play another gangster in your next project “When a Man Loves.”

Yes, the gangster falls in love for the first time. Melodrama is my favorite genre. I have played a couple of gangsters, but I think I can portray different characteristics even if I have the same job. I don’t have any problem with playing a more nuanced version of the same role.

You directed and appeared in the musical “Assassins” earlier this year. Do you have any plans to direct films?

Directing for theaters is way more difficult because it requires more attention to detail. I enjoy appearing in movies, ironically, because it demands delicate portrayals.

And I also like starring in musicals. I can be more flexible onstage. I want to direct more musicals as it helps me improve my acting skills for movies. But I don’t have any plans to direct movies; I think the job is beyond my capabilities.