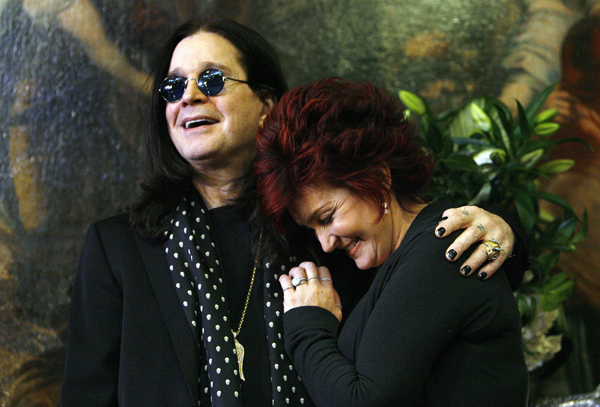 LONDON - Black Sabbath singer Ozzy Osbourne apologized on Tuesday for bingeing on drink and drugs over the last year and a half but said he was not getting a divorce from his wife Sharon.

The British singer’s comments on his Facebook page were a response to media speculation about the state of his marriage, with reports that he and Sharon had split up after more than 30 years and were living separately.

“Just to set the record straight, Sharon and I are not divorcing,” Osbourne, 64, said on his Facebook page. “I’m just trying to be a better person.”

He said he had been drinking and taking drugs for the last year and a half and had been in a “very dark place”, but has now been sober for 44 days.

Osbourne, who made his name as lead singer of the heavy metal band Black Sabbath, has frequently spoken over the years about his battle with drugs and alcohol and has spent time in rehabilitation clinics.

“I would like to apologize to Sharon, my family, my friends and my bandmates for my insane behavior during this period .?.?. and my fans,” wrote Osbourne.

The Osbournes have become one of Hollywood’s most famous couples since starring in a reality television show, “The Osbournes,” alongside two of their children, Jack and Kelly, which gave an insight into their family life in Beverly Hills. Son Jack also dismissed the rumors of a family bust-up. “Last time I check [sic] a lot of British news papers weren’t amazing sources of accurate information. Moving on ... ” he wrote on Twitter. Reuters