Half staff for Boston ­

Half staff for Boston ­ 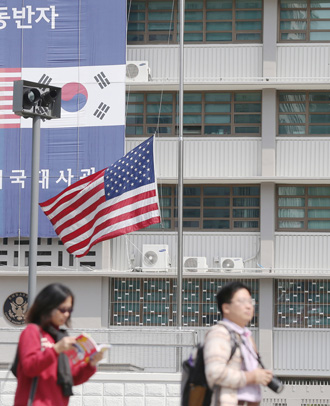 A flag is raised at half staff out of respect for the victims of the Boston Marathon explosion on Monday at the U.S. Embassy in central Seoul yesterday. President Barack Obama on Tuesday ordered flags to remain lowered through sunset Saturday as a “mark of respect for the victims of the senseless acts of violence” in the twin bombings in Boston which killed three and wounded more than 170. By Kim Sang-seon