Paramore scores its first No. 1 album

Paramore scores its first No. 1 album 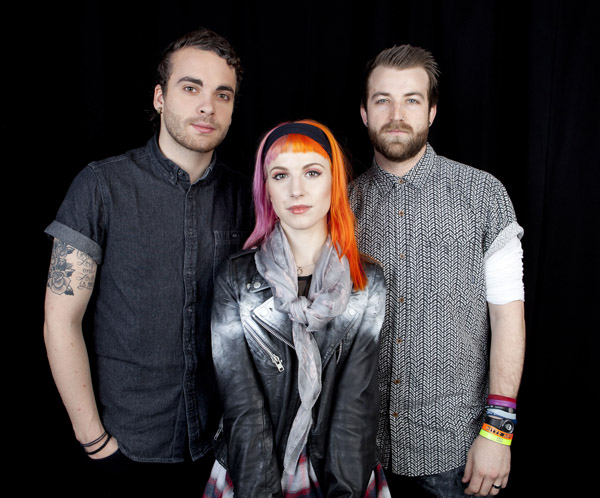 LOS ANGELES - Rock band Paramore knocked Justin Timberlake off his three-week reign at the top of the Billboard 200 album chart on Wednesday to score its first No. 1 album, while country singer Brad Paisley took the No. 2 spot.

“Paramore,” the band’s fourth studio album, sold 106,000 copies in its first week according to figures on Wednesday from Nielsen SoundScan.

Paisley, who performed with John Mayer at the Academy of Country Music awards earlier this month, notched the No. 2 slot with his latest album “Wheelhouse,” which sold 100,000 copies.

The country singer has yet to score a No. 1 album on the Billboard 200 charts, but “Wheelhouse” did land at the top spot of the Billboard Country Albums chart.

Eric Church, who won Album of the Year for 2011’s “Chief” at the Academy of Country Music awards, landed at No. 5 this week with new album “Caught in the Act.”

Other debuts in the top 10 of the Billboard 200 include rapper Tyga at No. 7 with his third album “Hotel California” and Danish metal-rockers Volbeat at No. 9 with “Outlaw Gentlemen & Shady Ladies.”