RSM gets a big promotion

RSM gets a big promotion 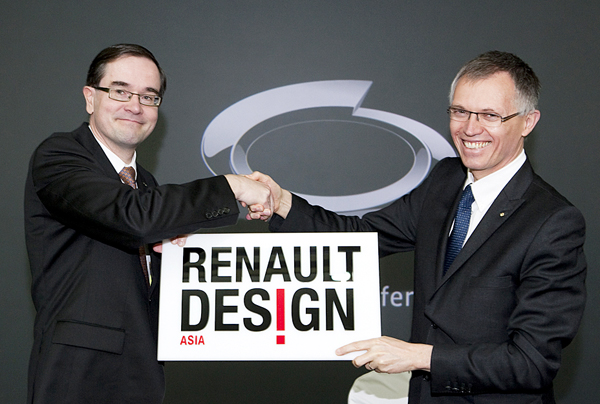 Renault Samsung Motors, the Korean unit of Renault, will become the French automaker’s Asia design hub, while taking charge of developing its next generation mid-size sedan and SUV.

“We want this design center to be a creative center for the Asian market,” Tavares said. “We expect new designs and concepts from here.”

RSM said it is ready for a bigger role within the Renault-Nissan Alliance after the success of the new SM5 Platinum, released in November, and the QM3, which won the Best Car award at the 2013 Seoul Motor Show.

In addition to design, RSM will be responsible for development of next generation models of the SM5, a midsize sedan, and QM5, a mid-size SUV.

Tavares, who is considered as No. 2 in the group behind Renault-Nissan Chairman Carlos Ghosn, said the midsize sedan development project, whose advanced development process was finished in the past year based on the new platform by Renault Techno Center, was transferred to RSM’s technical center this week.

As for the SUV, the project was transferred at the advanced development stage.

“RSM now has two key pillars of Renault’s portfolio,” he said. “Designers need to work with engineering hand in hand, but now you [RSM] have perfect consistency of the process.”

The 54-year-old Portuguese COO visited Korea last June to announce that Renault Group will foster RSM as an export hub in Asia.

Yesterday, Tavares said that despite RSM’s disappointing performance last year, that strategy has not changed.

Last year, RSMs car sales were down by nearly half compared to 2011 and some workers left the company through a voluntary retirement program.

“Even though we went through some painful moments, our revival plan is delivering some results,” he said. “We need to be consistent and competitive.”

Renault’s revenue from the Asia-Pacific region accounts for only 10 percent of the group’s total revenue. The French automaker plans to double that figure using RSM’s Busan plant, R&D and design center, according to Gilles Normand, chief of Renault’s Asia-Pacific region.

Tavares added that the Renault wants RSM to achieve 10 percent market share in the future, although he didn’t mention a deadline for reaching that goal.

As of the first quarter of 2013, RSM had 4.2 percent of the domestic auto market.

RSM has been pushing its effort for localization of auto parts, and Tavares said that the Renault-Nissan Alliance expects Korean suppliers to be a key part of its global network.

Although the weak yen is giving more advantages to Japanese suppliers, the former head of Nissan Motors in America said currency is something that no one can predict and it’s not the only factor Renault-Nissan uses to choose its suppliers.

“Renault-Nissan Alliance is not only using yen-based suppliers, but also we are using local suppliers from various regions,” he said. “What comes first is whether you are more competitive than other suppliers.”