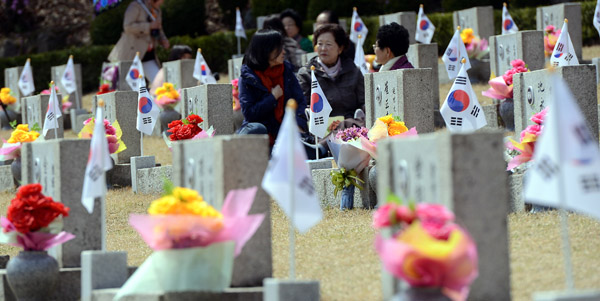 Honoring the brave ­-People visit the April 19th National Cemetery in Suyu-dong, Gangbuk District, northern Seoul, yesterday to commemorate the victims who were killed on April 19, 1960 during a protest against a rigged election. The uprising later forced Syngman Rhee, the first president of the Republic of Korea, to step down. [NEWSIS]