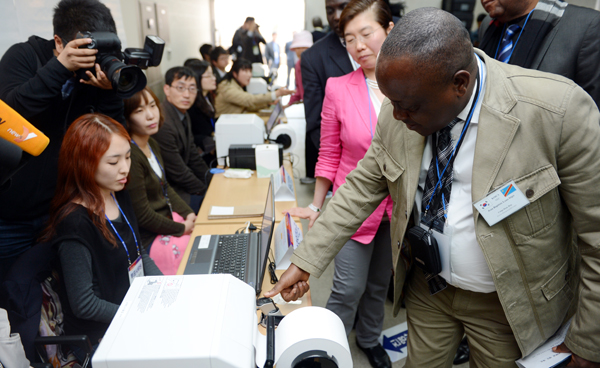 Testing the system ­- Election oversight officials from the People’s Republic of Congo try out an automatic identification device, which will be introduced for the first time in the upcoming April 24 by-elections, to recognize voters by their fingerprints at a community center where absentee voters from Sanggye-dong, Nowon District, northern Seoul, cast early ballots yesterday. [NEWSIS]