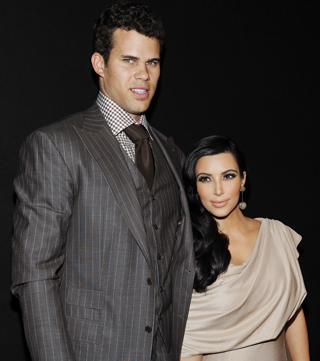 Judge Hank Goldberg approved the divorce settlement for the couple, who broke up after just 72 days following their made-for-TV wedding in August 2011.

Celebrities usually settle their divorces through negotiation rather than at a trial that can fuel publicity.

Humphries, 28, had been demanding an annulment, alleging that Kardashian, who cited irreconcilable difference when filing for divorce, had no intention of keeping to the marriage, which was filmed as part of her reality show.

Kardashian, 32, attended the hearing, but Humphries, who plays for the Brooklyn Nets, did not.

Humphries’ spokesman did not immediately respond to a request for comment.

The socialite started dating rapper Kanye West in April last year and is now about six months pregnant with her first child.

The divorce will be Kardashian’s second. She was married to music producer Damon Thomas for four years, separating in 2004.

Kardashian, who stars with her sisters in reality show “Keeping Up with the Kardashians,” also has a clothing line and several product endorsements.

In addition, she was the most-searched person on the Yahoo Web site in 2012, a testament to her unique place in the spotlight.