Dreams turn from drawings to reality

Dreams turn from drawings to reality 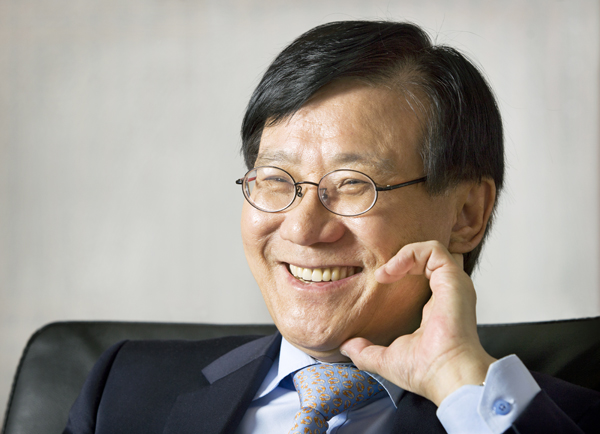 The life of Rhie Won-bok, famed cartoonist and professor of visual design, is emblematic of the long distance that Korea has traveled.

Rhie never even dreamed that he could make a living by drawing comics when he was a teenage boy because comic books were considered an evil distraction from education that were usually burned by parents and teachers.

He was also one of just a few Asian students from a culturally and economically lagging country when he settled down in Germany to study in 1975.

“The very beginning of my comics probably started from feeling envy over Western countries,” Rhie said during a recent interview with the Korea JoongAng Daily.

He began serializing comics for a Korean newspaper for teenagers in 1981 as a way to earn extra money.

With a jauntily drawn man modeled after himself as the main narrator, Rhie fed culture and history from 11 foreign countries such as the Netherlands, United States and France back to his home, especially focusing on their ability to develop into strong powers.

And 32 years later, many of the ideas Rhie expressed in his “Far Country, Near Country” series have come true.

At 67, Rhie is paid for his work with sales numbering over 17 million - a far cry from when comics were burned or confiscated. 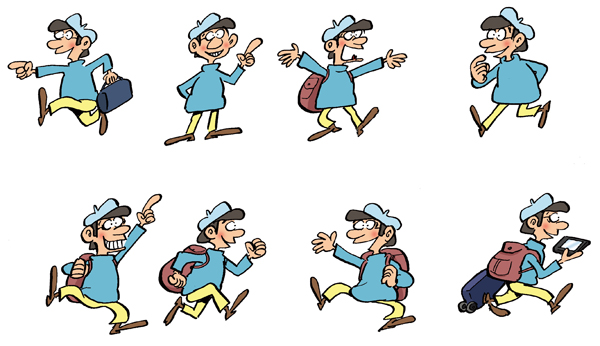 The narrator in “Far Country, Near Country,” above, is inspired by the author himself. Provided by Gimm-Young Publishers

He was a pioneer in educational comics when he first began drawing decades ago, but now there are 400 new varieties every year. In total, the comic book industry is worth 500 billion won ($449 million).

Rhie recently published the final installment of “Far Country, Near Country” in Spain last month, and the Korea JoongAng Daily sat down with him to discuss this milestone and his career as a whole.

Q. Since “Far Country, Near Country” has been in publication more than 30 years, it is hard to believe that there will be no more installments. You once mentioned that you might end the series back in 2004, so are you sure this time?

A. Spain is surely the last one. I once thought about stopping it, but I always wanted to do a story about Spain.

How do you feel about ending the series?

I feel a little bit empty, but I’m not that sad because I have a plethora of works. I’m currently working on another series called “Garo Saero World History.” If “Far Country, Near Country” is focused on each country, this series deals with countries by region. Books on the Balkan Peninsula, Southeast Asia and Middle East have been published so far, and I’m working on Pacific countries now.

You are probably quite familiar with Korea’s dramatic transformation given the nature of your career. Which changes do you feel the most?

I believe Psy surely represents the changed status of Korea. I don’t think he could have achieved such huge success if he weren’t born in Korea. Samsung and Hyundai paved the road in the first place, and many Koreans also earned a handsome number of medals at the Olympic Games. Athletes like Park Se-ri and Kim Yu-na also presented stellar performances. All these things have made Westerners ask questions like ‘Is Korea something different?’ or ‘What is Korea?’ - and that was when Psy appeared. The Korean Wave has just started. 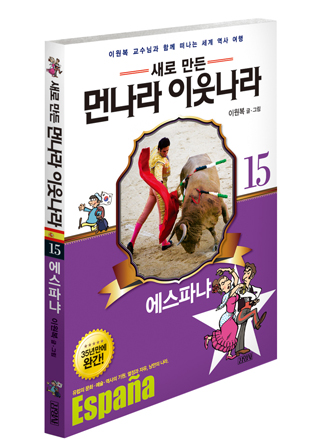 Rhie Won-bok recently published the final installment of “Far Country, Near Country” in Spain, endinga series that began in 1981.

Your drawings are quite small and dense, and many appear on a single page. Could you tell us about the process of completing a book?

I call the preparation period a war with data and references. The working environment has become a lot easier because I can get access to the Internet whenever I want.

The preparation period always takes the longest, and it is quite grueling. Once the research is done, I plan the whole structure of the story, which is the hardest part. After laying out the story, I draw with my hands and then color with a computer.

The most important part of the process is real-life experience. How do you write a book about Spain without actually going there? I frequently visited Spain back when I lived in Germany because a friend of mine lived near the border of Spain and his dog often went for a walk across the border. We also had to cross in order to catch the dog. The books on European countries are based on my nearly 10-year stay in Germany.

Reading your “Far Country, Near Country” series, anyone would be amazed and surprised by your broad knowledge of world history. Were you always a history geek?

Not at all. The history my generation learned was something we wanted to forget or ignore. Think about it. The country was under Japanese colonial rule and then liberated by a third country. We also went through a fratricidal war. But I was stunned by Nazi concentration camps when I first arrived in Germany. Germans didn’t demolish the camps but kept them as they were. It was culture shock. That was the moment when I realized we shouldn’t sugarcoat or distort history.

You say you weren’t interested in history at all, so how is it possible to have such an extensive background in foreign culture and history?

There are certain common threads in European countries. The history of France and Italy is similar until 800 BC, and because they have many things in common, they know how to coexist. But Korea, China and Japan have their own languages and ways of living. For this reason, they don’t know how to coexist and often distort history. Korea is no exception. We tend to glamorize our own past without mentioning our faults. 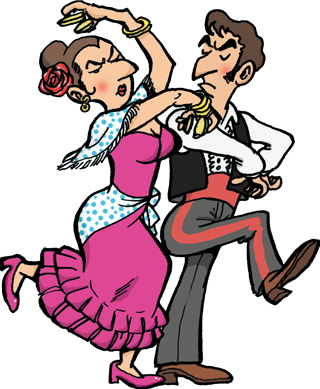 Drawings from the Spain edition of “Far Country, Near Country”

You revised all the installments of “Far Country, Near Country” last year. Why did you decide to take on such a painstaking project?

Much of the content had to be changed because most of them, especially those about European countries, were written and drawn in the 1980s. They were countries we wanted to admire, but Korea has come a long way.

Tell us your personal story. Your parents passed away when you were young, but four brothers out of seven siblings went to Germany to study in the 1970s. Studying in a foreign country for a long period of time is still something that most people can’t afford, How was it possible for you and your family?

My brothers and I had no money and no connections to introduce us to well-paid or stable jobs, called inmaek in Korean. Without money and inmaek, the next best thing back then was getting prestigious degrees. I actually wanted to go to the United States but couldn’t afford tuition so I went to Germany because it was free.

You stayed in Germany for nearly 10 years. What comes to mind when you think of your days there?

I frequently went on trips to neighboring countries. I thought there would be no second chance for me to roam around European countries.

You earned your bachelor’s degree in architectural engineering from Seoul National University and then majored in visual design in Germany. There seems to be no link between the two.

I had no choice when I applied for college in Seoul because there was no comics-related major. The job of drawing comics was considered a part-time hobby or temporary position back then. So I chose architectural engineering just because it seemed cool. I was able to major in visual design in Germany because it had an illustration department.

Do you think you were lucky? Your comics came out when it was almost impossible for ordinary people to go overseas.

I think life always has two different sides. We are the generation that experienced hunger and poverty, but everything was blue ocean for us because there was literally nothing. Younger generations are growing up in an affluent environment, but they have to try harder than we did in the past.

You’ve been teaching students at university for decades. What words of wisdom do you have for young people who struggle with employment, marriage and many other things in life?

The average life expectancy of these young people is 100 years old, which means they will live far longer than us. They should think of themselves as marathoners instead of sprinters. I would advise them to be patient and take their time when planning life.

Many Koreans who grew up reading your series have become parents, and they now buy your books for their children. How do you want to be remembered in the future?

I would appreciate it if people remembered my books as something that intrigued them and encouraged them to know more about the outside world.

-Master’s degree in art history from University of Munster

-BA in visual design from University of Munster