Richie Havens passes away at age 72

Richie Havens passes away at age 72 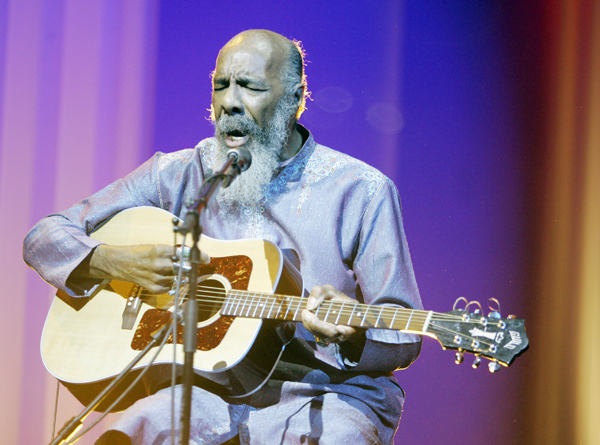 NEW YORK- Richie Havens, the folk singer and guitarist who was the first performer at Woodstock, died Monday. He was 72.

Havens died of a heart attack in New Jersey, his family said in a statement. He was born in Brooklyn.

Havens was known for his crafty guitar work and cover songs, including his well-received cover of Bob Dylan’s “Just Like a Woman.”

His performance at the three-day 1969 Woodstock Festival, where headliners included Jimi Hendrix, was a turning point in his career. He was the first act to hit the stage, performing for nearly three hours. His performance of “Freedom” - based from the spiritual “Sometimes I Feel Like a Motherless Child” - became an anthem.

Havens returned to the site during Woodstock’s 40th anniversary in 2009.

“Everything in my life, and so many others, is attached to that train,” he said in an interview that year with The Associated Press.

Woodstock remains one of the events that continues to define the 1960s in the popular imagination. Performers included The Who, Janis Joplin, Crosby, Stills, Nash & Young and dozens of others, and the trippy anarchy of Woodstock has become legendary. There was lots of nudity, casual sex, dirty dancing and open drug use. The stage announcer famously warned people to steer clear of the brown acid.

Havens had originally been scheduled to go on fifth but had been bumped up because of travel delays. Festival producer Michael Lang said in the book “The Road to Woodstock” that he chose Havens “because of his calm but powerful demeanor.”

His performance lasted hours because the next act hadn’t showed up.

“So I’d go back and sing three more,” Havens said in an interview with NPR. “This happened six times. So I sung every song I knew.” AP