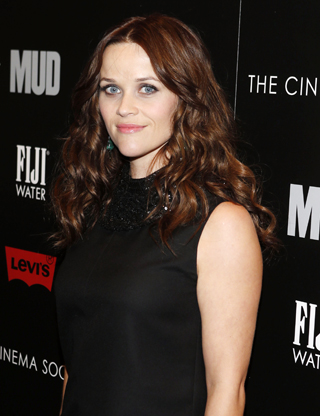 Oscar-winning actress Reese Witherspoon’s initial court date on a disorderly conduct charge was pushed back for a month on Monday after the squeaky-clean “Legally Blonde” star admitted she had drunk too much and was “deeply embarrassed” by her behavior.

Witherspoon, 37, one of Hollywood’s most beloved celebrities, was arrested in the early hours of Friday morning in Atlanta, Georgia, after arguing with police who stopped her husband James Toth on suspicion of drunken driving.

A first court hearing set for Monday was rescheduled for May 22, Atlanta municipal court officials said. Her talent agent husband Toth will have a hearing the following day.

In a statement released late Sunday, the American actress said she could not go into detail about what happened, citing legal reasons.

But she added: “I do want to say I clearly had one drink too many, and I am deeply embarrassed about the things I said,” Witherspoon said in the statement.

“It was definitely a scary situation and I was frightened for my husband, but that was no excuse. I was disrespectful to the officer who was just doing his job. I have nothing but respect for the police, and I am very sorry for my behavior.”

Witherspoon, who has recently dyed her signature blonde hair brown, appeared in New York on Sunday as scheduled for the premiere of her latest film “Mud,” as news of her arrest began to break. The actress, who won an Oscar in 2006 for playing country star June Carter Cash in “Walk the Line” and made her movie debut at age 15, had until now avoided the kind of scandal that hits many Hollywood stars. Reuters