Apple starts paying out dividends in a big way

Apple starts paying out dividends in a big way 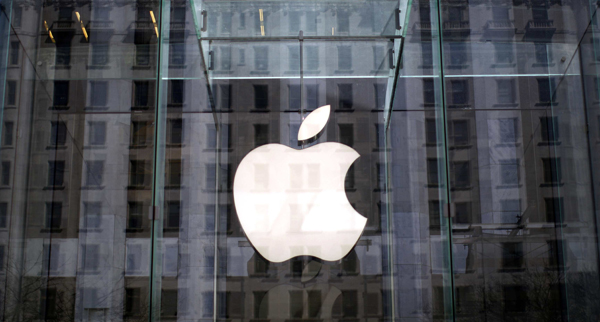 Apple is opening the doors to its bank vault, saying it will distribute $100 billion in cash to its shareholders by the end of 2015.

At the same time, the company said revenue for the current quarter could fall from the year before, which would be the first decline in many years.

Apple CEO Tim Cook also suggested that the company won’t release any new products until fall, contrary to expectations that there would be a new iPhone and iPad out this summer.

Apple on Tuesday said it will expand its share buyback program to $60 billion, the largest buyback authorization in history. It is also raising its dividend by 15 percent from $2.65 to $3.05 per share. That equates to a dividend yield of 3 percent at current stock prices. The average yield for the 20 largest dividend-paying companies in the U.S. is 3.1 percent, according to Standard & Poor’s.

Investors have been clamoring for Apple to give them access to its cash hoard, which ended March at an unprecedented $145 billion. Apple’s tight grip on its cash, along with the lack of ground-breaking new products has been blamed for the steep decline in its stock price over the winter.

News of the cash bonanza coincided with the company’s release of a poor quarterly outlook for the three-month period that ends in June.

Apple released its fiscal second quarter earnings after the stock market closed Tuesday. The company’s stock initially rose 5 percent to $425 in extended trading, then retreated $2.63, or 0.7 percent, to $403.50 as the CEO talked about new products arriving in the fall.

“The decline in Apple’s stock price over the last couple of quarters has been very frustrating for all of us ... but we’ll continue to do what we do best,’’ CEO Cook said on a conference call with analysts after the release of the results. But he reinforced that the company’s job is not to boost its stock price in the short term.

“The most important objective for Apple will always be creating innovative products,’’ he added.

Apple’s results beat the consensus estimate of analysts who follow the company, though it posted its first profit decline in ten years.

Analysts were expecting earnings of $9.97 per share on revenue of $42.3 billion, according to FactSet.

For the quarter that just started, Apple said it expects sales of $33.5 billion to $35.5 billion. In the same quarter last year, sales were $35 billion. Wall Street was expecting sales of $38 billion.

The June quarter is generally a weak one for Apple, since consumers tend to wait for the next iPhone, which the company usually releases in the fall. But a year-over-year decline is a signal that Apple is failing to capitalize on the continued growth of smartphone sales. Sales are tapering off in U.S. and other mature markets, and not many consumers in India and China can afford iPhones.

Apple shipped 37.4 million iPhones in the latest quarter, up 7 percent from a year ago. That confounded expectations that shipments might fall, but it was still a weak number compared to many previous quarters, when shipments doubled year over year. The average wholesale price of an iPhone also fell to $613 as Apple cut the price of its oldest model, the iPhone 4, to appeal to buyers in developing countries.

Apple started paying a dividend last summer and has been buying back a modest number of shares, enough to balance the dilution created by its employee stock option program but not to make a dent in its cash pile. The company says it’s now expanding the buybacks, which started in October and are set to run till the end of 2015, from $10 billion to $60 billion. It’s raising the quarterly dividend starting with the payment due May 16.

The company has faced continued pressure from Wall Street over the use of its cash. Investors reason that if the company has no better use for the money, it should be handing it over to shareholders. The company this year engaged in a public debate with a hedge fund manager who wanted it to institute a new class of shares to attract dividend-loving investors.

Paradoxically, cash-flush Apple will be borrowing money to support the buybacks and dividends. That’s because two-thirds of its cash resides in overseas accounts. It doesn’t bring the money into the U.S. because it prefers not to pay U.S. corporate income taxes on it. Instead, it will be using cash from U.S.-derived revenue and U.S. accounts, plus borrowed money.

Apple is effectively betting that the U.S. federal corporate tax rate of 35 percent - one of the highest in the world - will come down in the future, or that there will be a tax repatriation amnesty period, as there was in 2004.

When a company starts doling out its cash to shareholders, it’s usually a sign that its growth is stalling and it’s finding it hard to identify good ways to invest in its own business. But Apple is still growing fast by the standards of large companies.

That suggests investors have concluded Apple will never again launch a revolutionary product like the iPhone or iPad. The commitment to bigger buybacks may reinforce that impression, said David Tan, a Georgetown University assistant professor of strategy who focuses on technology.

“How are we going to read into what this move says about Apple’s long-term prospects?’’ Tan said. “Does this mean this is all that Apple has left to offer or is this just something temporary while we wait for the next big thing from the company?’’ AP