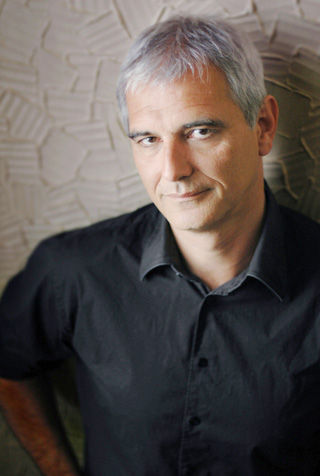 French director Laurent Cantet’s film has some political undertones. Provided by the festival

JEONJU, North Jeolla - For nine days, the city of Jeonju, North Jeolla, best known for its hanok and bibimbap, will play host to throngs of film lovers from around the world as the Jeonju International Film Festival kicked off yesterday.

In its 14th year, a total of 190 films will be shown, and some 45 world, 18 international and 55 Asian premieres are set to take place this time around.

Last month, it was revealed that French director Laurent Cantet’s “Foxfire” was selected as the opening piece, bringing much attention to the festival.

Organizers started out with a bang on purpose, according to head programmer Kim Young-jin.

“I was watching a lot of European films and they all seemed to be pointing at societal issues. And of these, Laurent Cantet’s seemed to be the best,” Kim said.

Cantet’s Palme D’or and Oscar nomination for “The Class” (2008) piqued the curiosity of many cinemagoers at this year’s opening event; tickets for “Foxfire” were snapped up within six minutes of going on sale.

The French director’s new film is an adaptation of a novel by Joyce Carol Oates and tells the tale of American teenage girls from the 1950s who form a gang that takes the law into its own hands when girls are mistreated.

After a press screening that took place yesterday, Cantet and his leading lady Katie Coseni, who plays Maddy, talked about sharing their labor of love with Korea.

The plot’s subtle hints of communism, the American dream and discrimination first encouraged Cantet to take on the film, he said, but he first came across the novel in a more mundane way: “First reason was that a friend of mine offered me the book for my birthday. I read it and couldn’t put it down.” 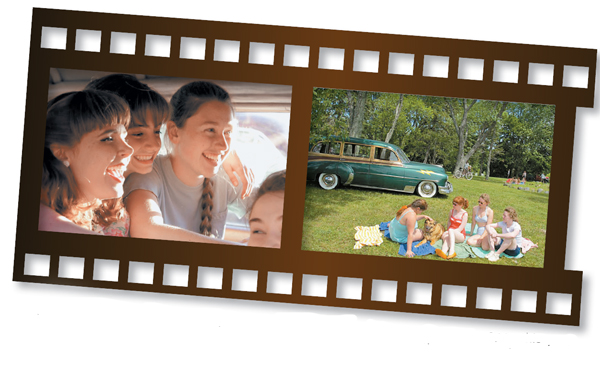 Coseni said that she was stoked about her first film.

“Even if I wasn’t in the film, I’d love it. It’s a beautiful story that is so relatable, and I couldn’t have asked for a better director,” she said.

She added that though all the leads were newbie actors, the vibe on set was quite positive, even as they contended with each character’s sad stories.

As well as exploring themes of rebellion and solidarity - or “the other side of the American dream” - Cantet said he had an ulterior motive, too.

“I had the feeling that I could make a political film with a strong narrative so that the politics stay hidden underneath,” explained Cantet. One of his previous films, “The Class,” is noted for its bold political stance on the failure of the French education system.

Although “Foxfire” is set in the past and in a foreign country for the Frenchman, Cantet said his film sent the message that “issues that existed in history can still exist today.”

Because English is his second language, Cantet said he relied on his team to get it right in his first English-language feature.

“I’m not fluent, but I can understand pretty well what is said. I am convinced that you can judge an actor, you can understand, feel if an actor is doing a good job or not despite the language.”

But on specific word choices, Cantet did say he left the final decisions to his cast and script supervisor.

Cantet added that he was honored to be a judge for the Korean films competition during the festival along with Italian journalist, composer and programmer Carlo Chatrian and novelist Kim Young-ha.

“I don’t make up my mind to be a judge very often. It’s a big responsibility and sometimes you are not able to do it when you are thinking of something else,” he said.

But as the timing was right, Cantet agreed to take on the responsibility and said he was excited about the prospect of watching “10 films in four days. I’m very happy about that.”

The feedback on his own work should be valuable, too.

“It’s always very interesting to see how someone from another culture can meet with my film and judge it,” he noted.