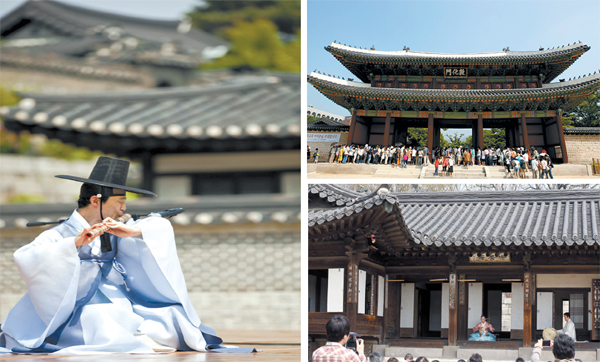 For fans of ancient palaces and traditional Korean music, spring not only means flowers and picnics, but concerts of traditional Korean music at ancient palaces. The program - which began in 2008 - offers the concerts at Changdeok Palace, Deoksu Palace, Gyeongbok Palace and Jongmyo Shrine between May and October. Officials say they have minimized stage effects so that visitors can better concentrate on the beauty of the palaces and the sounds of traditional music.[JoongAng Ilbo], Provided by the culture ministry