Clint Eastwood: I’m not done yet

Clint Eastwood: I’m not done yet 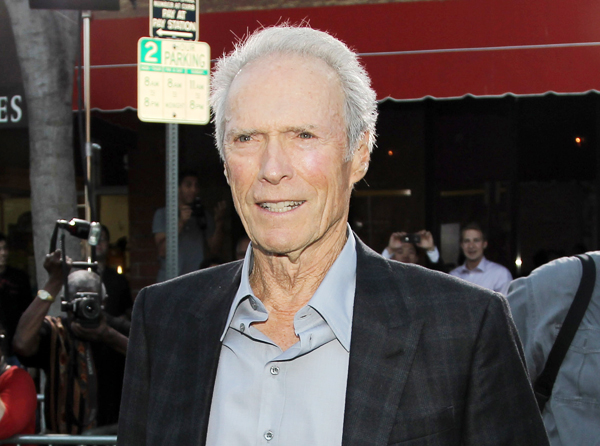 NEW YORK - Clint Eastwood may be 82 years old, but he dreams of making films for two more decades.

In a wide-ranging conversation Saturday about the art of film directing, Eastwood expressed admiration for the 104-year-old Portuguese director Manoel de Oliveira.

“It would be great to be 105 and still making films,” Eastwood said. Chuckling, he called such a hope “the ultimate optimism.”

Eastwood last directed 2011’s “J. Edgar,” a biopic of the FBI head J. Edgar Hoover. After acting in last year’s baseball drama “Trouble With the Curve,” he has several films in development.

The “Million Dollar Baby” and “Unforgiven” director joined fellow filmmaker Darren Aronofsky for a staged talk at the Tribeca Film Festival after a screening of Richard Schickel’s documentary “Eastwood Directs: The Untold Story.” Eastwood regaled the Tribeca Performing Arts Center crowd with the accrued, pragmatic wisdom from his late career as an acclaimed filmmaker.

Some of the highlights:

∙ On preferring to begin a take with “Go when you’re ready,” rather than the traditional “Action!”: “‘Action’ puts a bad connotation out there, like some firecracker that goes off to get everyone going.”

∙ On his willingness to take suggestions for a scene from anyone: “You have to steal a lot. You have to have a criminal mentality to be a film director.”

∙ On the role of the director in a film production: “A lot of people fell in love with the auteur theory, but you’re merely a platoon captain.”

∙ On studio executives who told him no one wants to see a women’s fight film (the best picture-winning “Million Dollar Baby”): “Who the hell wants to see anything? You never know until you get into it.”