‘Iron Man 3’ does quite well overseas

‘Iron Man 3’ does quite well overseas 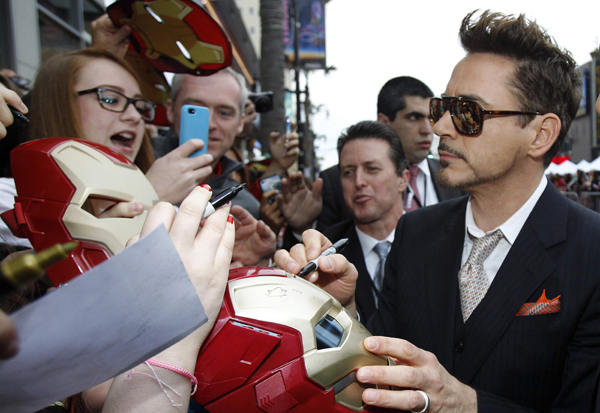 LOS ANGELES - “Iron Man 3’’ was the heavy-lifter at theaters with a debut outside the U.S. that overshadowed a gang of mercenary bodybuilders in a sleepy pre-summer weekend at the domestic box office.

The Marvel Studios superhero sequel starring Robert Downey Jr. got a head-start on its domestic launch next Friday with a $195.3 million opening in 42 overseas markets, distributor Disney reported Sunday.

That topped the $185.1 million start for Marvel’s “The Avengers,’’ which opened in 39 markets over the same weekend last year a week ahead of its record-breaking domestic debut of $207.4 million.

“You don’t know that you could ever repeat the kind of experience we had a year ago, and here the Marvel team brought together another incredible movie,’’ said Dave Hollis, head of distribution for Disney. “We’ve had this as a pattern for Marvel films to kind of let momentum internationally help signal to the domestic audience that the film is coming, something big is coming.’’