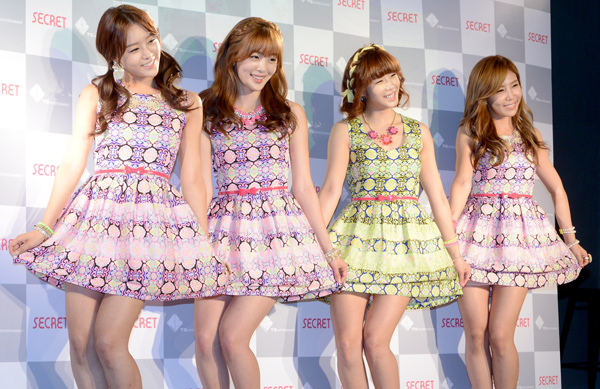 Secret topped several local music charts after the release of its new EP “Letter from Secret” on Tuesday, according to TS Entertainment yesterday.

Title song “YooHoo” placed first and the other three songs - “Only U,” “B.O.Y (Because of You)” and “Daddy Long Legs” - were also ranked high on the Soribada chart yesterday.

On the day of release, the group also held a showcase in Yeouido, western Seoul, and shared ambitions to bring out their cuteness to attract fans.

The group has been away from the entertainment scene for the past five months since its most recent release “Talk That” in December.

This time, it worked with the same composer Kang Ji-won and songwriter Kim Ki-beom as it has in the past. The duo has worked on Secret’s other hit songs like “Magic,” “Madonna” and “Shy Boy.”