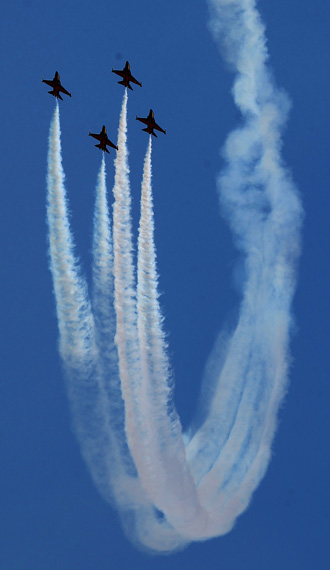 The Black Eagles, an aerobatics team of the Korean Air Force, soar through a cerulean sky at the fifth Gyeonggi Ansan Airshow, which commenced yesterday and runs until Sunday. As one of the largest-scale international airshows in Asia, participants include aviation teams from the U.S., Switzerland, Sweden and Spain. [NEWSIS]