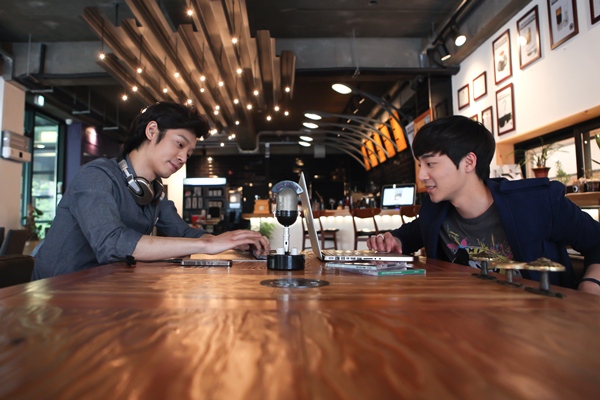 Two former contestants of the survival audition program “Super Star K4” on the cable channel Mnet will make their debut as radio DJs.

Jung Joon-young, one of the top three finalists of the program, and Roy Kim, the winner, have been chosen to lead “Good Friends” on MBC radio.

“We were [impressed] with the previous performance the two showed while they were the sit-in DJs for “Hope Song at Noon” in February,” said one official of MBC radio, according to Ilgan Sports, an affiliate of the Korea JoongAng Daily.

“The two said yes delightfully, and we expect they will bring fresh trends onto the program.”

They will take over the leads on Monday for the daily evening show. Monday’s show will be open to the public as they will go live in Hongdae, northwestern Seoul.

Meanwhile, Roy Kim will not change his new album schedule after a debate about whether his song “Spring, Spring, Spring” has been plagiarized.

CJ E&M, who produced the song, denied the rumors and will release his first album late this month.