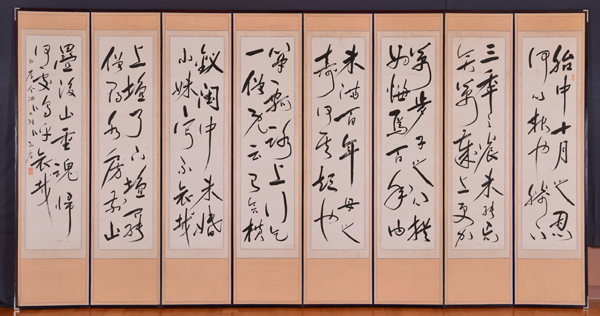 Calligraphy by Buddhist master Tanheo is on display at the National Museum of Korea. Provided by the museum

The Korean art community is also embracing the upcoming Buddha’s birthday, with a string of Buddhist art-related exhibition. 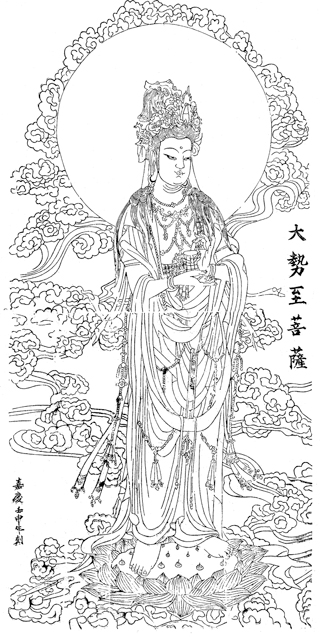 Woodblock prints of Buddhist scriptures and paintings. Provided by the organizer

Hanam, who valued research and the study of Buddhist scriptures, is considered one of the key figures who shaped modern Korean Buddhism. He is also known to have protected Sangwon Temple, also in Pyeongchang, Gangwon, from being burned during the Korean War (1950-53). It is said that many students of Buddhism wanted to learn from Hanam. In fact, Tanheo was one of his disciples.

“The writings show realization from the scriptures, epigrams from classics and their attitudes toward life,” Park Seong-won, the museum’s curator, said. “In hangul (Korean alphabet) writings, we can see the modest beauty of hangul.”

The exhibition runs until June 16.

Also, the Woodblock Prints Museum in Myeongju Temple in Wonju, Gangwon, is holding an exhibition dedicated to Buddhist woodblock prints from Korea, China, Japan, Tibet, Mongolia, Myanmar and Thailand, among others at the Cultural Corps of Korean Buddhism building in front of the Jogye Temple in Jongno, central Seoul.

This is the first time the 10-year-old museum’s collection of woodblock prints of Buddhist scriptures and paintings are being shown in Seoul.

Han Seon-hak, the director of the Woodblock Prints Museum and the chief monk of the Myeongju Temple, said that at first “the followers asked why I would take the trouble of collecting the woodblock prints from other countries, too, but now they feel proud of the collection as it’s rare all across Asia.” He added that the works are his way of practicing his faith. 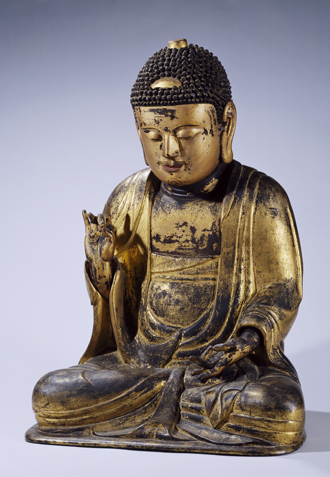 One of the Buddha statues being featured at the Jinju National Museum.

The exhibition, which began on April 18, runs only until Sunday.

For those who have time to travel, the Jinju National Museum is holding an exhibition titled, “The Buddha’s Coming” until June 2. The exhibition’s highlight is a double Buddha statue from the 17th to 18th century. The statues, whose peaceful features on their facial expressions are notable, are thought to be a set - one placed on each side - and are the same except for the positioning of the hands. There is also a bronze incense holder with silver inlay which was created in 1397 for Queen Sindeok, the wife of King Taejo (1335-1408), who founded the Joseon Dynasty (1392-1910).

“We hope through this exhibition, people can enjoy the grace and architectural beauty of Buddhist art,” said Gwak Hong-in, the museum’s curator. “Also, people will learn about the story of King Taejo and Queen Sindeok, as well as the historical background of the early years of Joseon.”