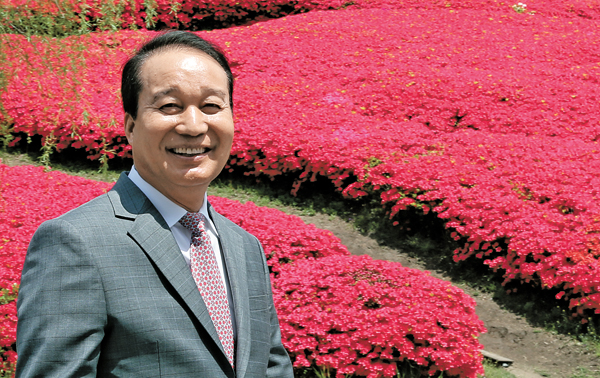 Lee Soo-dong, founder and president of Virginia-based IT company STG, says he can survive a Siberian winter. If you look at how he has lived, you will find that’s not just simple bragging.

He immigrated to the United States in 1979 after graduating from university and working three years for TBC, a defunct broadcasting company which was owned by Samsung Group founder Lee Byung-chull and an affiliate of the JoongAng Ilbo.

He decided to leave for the United States in the hope of experiencing a bigger world but soon faced a harsh reality.

Lee worked at a restaurant but became penniless when the restaurant closed.

He kept working during the day and studying at night about computer programming at a two-year-college.

“I was desperate and didn’t want to take an assisting role,” he recalled.

He finally found his way into MCI, a U.S. telecommunications corporation, in 1984 and went on to become a project manager in the company.

While still working for MCI, he started Software Technology Group with his own money in 1986, which eventually became STG.

“I don’t want to get complacent and wanted to explore further,” the 64-year-old said.

Since then, he’s developed the company into a leading federal contractor.

But STG’s first customer was MCI, which signed a contract with Lee’s firm to work on a software project.

STG, a provider of information technology, engineering and scientific services support to the U.S. government, now posts 300 billion won ($273 million) in annual sales and made its name known when the U.S. Department of State awarded the company its first large contract to set up the software for a global visa tracking system in 1993.

STG’s president, known as Simon Lee in the United States, received the Ellis Island Medal of Honor in 2003 and many other honorary awards.

He says the secret behind his success lies in his ability to spot potential from employees.

“When I worked for TBC, Chairman Lee Byung-chull appeared at an interview session to hire new employees. From that time, I came to believe that genuine talents with potential determine the success of a company,” he said.

“There are two things that are abundant in my company: food and bonus payments,” he said.

When asked for advice for struggling 20-something Koreans who find it hard to find a suitable job, he said, “You need to build a network in tough times through SNS and think hard about your skills and what you really want to do,” Lee said.