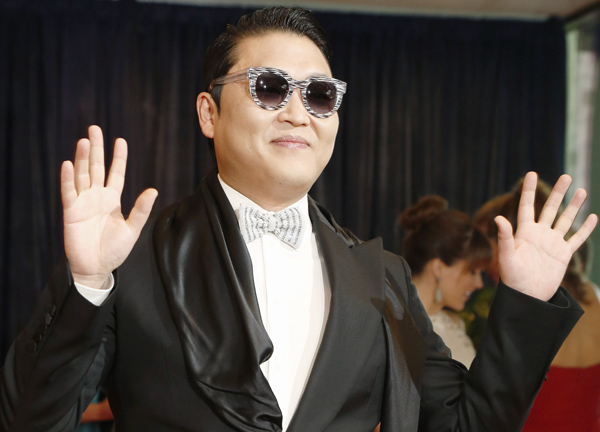 Psy will give a special lecture at Harvard University in the United States on Thursday, the Korean Institute of the U.S. college announced on its Web site.

Carter J. Eckert, former director of the Korea Institute and a professor of Korean history, will moderate the lecture, while Alexander Zahlten, assistant professor of East Asian languages and civilizations, will be a discussant.

Psy’s invitation to Harvard follows his trip to Oxford University in November, which made him the first Korean singer invited to lecture at the prestigious English school.

At Harvard, Psy is expected to talk about his life and the enduring boom of Korean pop culture, also known as the Korean Wave.

The Korea Institute said tickets were available by lottery to Harvard students only. Kim Sun-joo, director of the Korea Institute, told Yonhap News Agency that more than 1,000 students applied for ticket in 12 hours. Only 200 will be distributed.