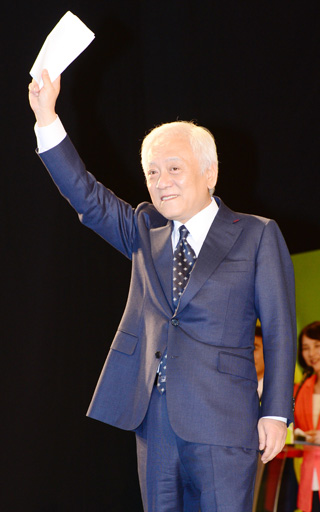 A high-profile former aide to President Kim Dae-jung became the chairman of the nation’s largest opposition party and he promised reform to restore luster to the party after last year’s defeat in the presidential election.

Kim Han-gill, a writer-turned-politician and four-term lawmaker, won the chairmanship election Saturday by a large margin. The party also restored its name to the Democratic Party after 17 months as the Democratic United Party.

The party canceled its plan for mobile-phone voting from the general public over concerns that it could be rigged. But opinion polls accounted for 20 percent of the candidates’ total scores, and 80 percent of the scores came from party members.

Kim is known for not belonging to the faction of the party formed by loyalists of former President Roh Moo-hyun, which is the largest in the party. It has come under fire for its managing of last year’s presidential election, which many in the party think should have been tighter than it turned out to be.

In his acceptance speech, Kim said he will first try to combat factional infighting within the party.

“We will discard various things to move forward with a new Democratic Party,” he said. “Most of all, I will abolish all politics of factionalism. I will throw away all the badges like ‘pro-Roh’ or ‘non-Roh’ or ‘main faction’ or ‘outsiders.’ We will wear only one badge with Democratic Party written on it and gather our strength for the reform of the party.”

Kim said his party will champion so-called “economic democratization” in Korea and establish a “welfare country” as well as peace on the Korean Peninsula.

The Democrats are the largest opposition party with 127 seats in the 300-member National Assembly. But it has had a rocky time since losing the December election. At the same time, Ahn Cheol-soo, a newly elected independent lawmaker in Seoul, is building support among liberals and may be planning his own central-liberal party at the expense of the Democratic Party.

Although Kim didn’t mention Ahn in his acceptance speech, he said he will “recruit some figures in various social sectors to make a bigger DP.”

During the leadership election, Kim said he was “aware of the anxiety” about Ahn and said the party “should embrace Ahn Cheol-soo.”

Kim, 60, is a well-known novelist and was a reporter for the Hankook Ilbo and also San Francisco bureau chief for the JoongAng Ilbo.

He became famous in 1991 when he released a romance novel titled “The Woman’s Man,” a story of a romance between a daughter of a president and an ordinary man. It became a best seller. He became more popular in 1995 as he married Choi Myoung-gill, a top actress at the time.

Kim entered the political arena in 1996 with the support of then-presidential candidate Kim Dae-jung. He took a variety of high-ranking posts in the Kim administration. He was the youngest presidential secretary for policy-making ever and also culture minister.

His father Kim Cheol was a well-known opponent of the Park Chung Hee dictatorship and the head of an opposition party called the Reunification Society Party. When Roh Moo-hyun was running for president, Kim helped him merge his candidacy with a seasoned politician Chung Mong-joon, which led Roh to victory. But he is not part of the party’s Roh faction and has had conflicts with members of that faction.

Along with Kim, the DP elected four Supreme Council members, all of whom are “non-Roh” members.