In ‘Teaspoon,’ a taste of longing for twin left behind

In ‘Teaspoon,’ a taste of longing for twin left behind 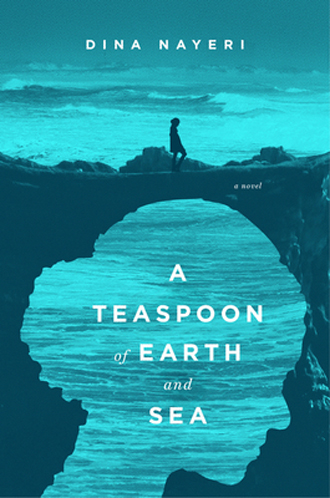 Mystery shadows “A Teaspoon of Earth and Sea,” a novel about a girl growing up in rural post-revolutionary Iran while dreaming about her identical twin sister and the wonderful life she must be leading in the United States - if she is alive at all.

Crowded security lines at Tehran’s airport, shouting, a girl chasing her twin as a woman in a long coat holds her hand. That is the memory Saba Hafezi clings to after her mother and sister vanish in a haunting tale by Dina Nayeri. Nayeri left Iran at the age of 10 for the United States.

She grew up in Oklahoma and worked as an investment banker before starting to write fiction, first collaborating with her brother on a series of young adult books. This is her first adult novel. Nayeri, who said her book was sparked by a trip to Greece that brought many memories to the surface, spoke to Reuters about writing, exile and its impact on storytelling.

Q. Why twins and why tell the story from the point of view of the one left behind?

A. When I was first thinking of the idea, I was a little bit obsessed with the idea of what I would have been like if I’d stayed in Iran, what my life would have turned out to be. I started thinking about writing about two sisters, one of whom stayed in Iran and one who went to America, to have their lives be parallel, to have both of them be real and living their lives in the different ways.

I wanted there to be this magical realism where all the parallels in their lives would be happening through some kind of magic of twinness. Eventually, after several drafts and a couple of years, I realized it would be much more powerful if it was the story of one of the sisters, about longing for the other life - to have that element of loss and longing. Then I started thinking the story I really wanted to tell was the one in Iran.

People have said being away from a place allows you to write about it more clearly. Did this help you come to terms with having left Iran, is that part of it?

Yes and no. I definitely unearthed that longing inside myself but I also found all the ways I could fulfill that here. I found a lot of Iranian communities, really exiled Iranians, and compared their experiences to mine. ?In that sense, I came to terms with the results of this. On the other hand, it does make me want to go back more. I interviewed people with just beautiful stories and I have so many friends who go back every summer. It makes me sad that I don’t quite feel safe going back yet. I think one day I will and that’s where it’s all headed.

What was the hardest part of writing this? The easiest? the most fun?

The hardest part - there are two different aspects of it. The first was just trusting myself as a writer, because all my education and adulthood was in the business world and I didn’t know what it would take to be a good writer. There was a lot of studying on my own. ?

I don’t know that any part of it was easy but the most fun part was all of the interviews and all of the details and stories I was gathering from people. I’m a natural extrovert and so I don’t like solitude as much as most writers, I love to be around people. So calling up dozens and dozens of people and getting them to tell me stories, making sense of it and writing up little scenes and sending it back to them, seeing if they’d be okay using it, that was the most delightful part.

Every family has stories they tell - how does the whole idea of exile affect the stories that are told?

Obviously storytelling is a very human thing and it’s universal, but in my family, we were such huge storytellers even beyond that. There was never any time when somebody wasn’t telling a story or begging for a story. I think what happened as a result of exile is that some of those became mythologized. ?I really believe there are some stories in my family history that are just full of lies now because they’ve taken on a magic quality that can’t possibly be .?.?. There are things that just become more storybook as years pass and you have no more access to those people, particularly people that have passed on in the 25 years since I’ve been away - for example, my grandfather. He would tell stories constantly. He would sit in the little town square in the village with the other old men and smoke the hookah and they would talk and talk. Some of the things he said and did, and some of the things from his youth, might as well be from a storybook now, they can’t possibly be real. Reuters

A Teaspoon of Earth and Sea